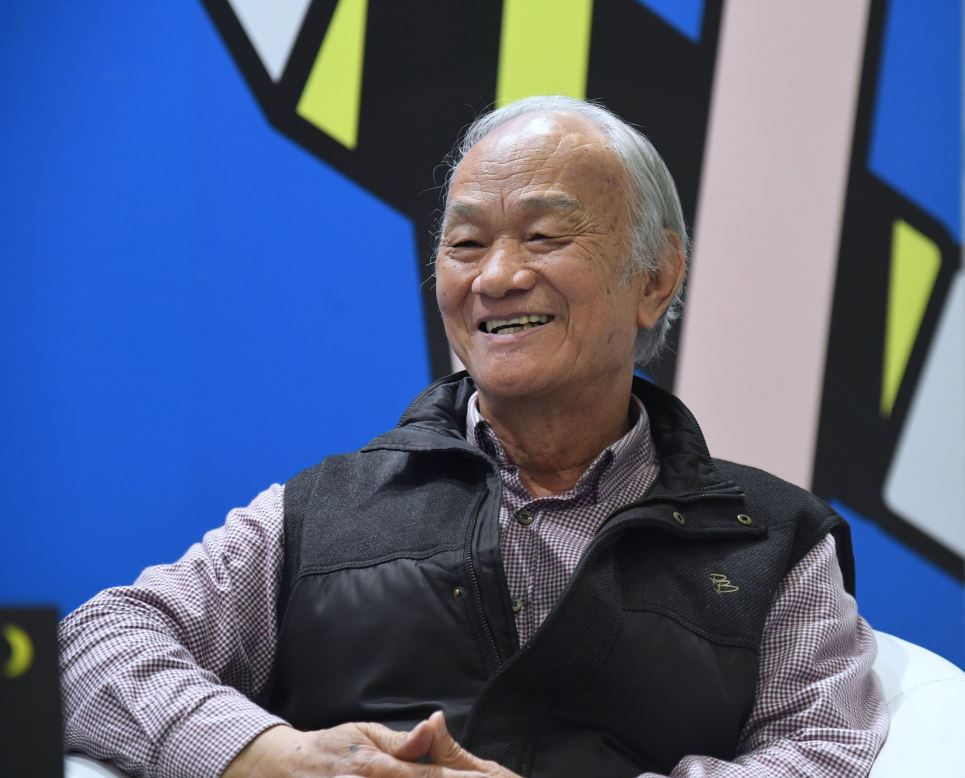 Best known for his intimate accounts of his homeland and tender words that carry the fragrance of soil, Taiwanese nativist poet Wu Sheng has long balanced the diverse roles of poet, environmental activist, and parent while giving readers a compelling vision of a sounder and methodological life. At age 75, he still lives in Changhua's Xizhou Township, where he grew up.

Wu, whose real name is Wu Sheng-hsiung (吳勝雄), was born to a police father and a mother who had worked on a farm for most of her life. The image of his mother toiling in the fields with sweat running down her skin provided raw inspiration for the author’s heartfelt poem "The Soil (泥土)."

Wu grew to appreciate the beauty of literature from a very young age. At sixth grade, he found himself smitten with the poems published in a poetry magazine called "New Literature and Arts (新生文藝)." At the age of 16, the Changhua native started to tell stories that mimic rural life in his own passionate, eloquent, and lucid words.

In 1966, Wu faced considerable economic pressure after his father passed away in a car accident. However, the financial strain never prevented him from translating his love for his homeland into vivid narratives.

Upon graduating from Pingtung Agriculture College, now known as National Pingtung University of Science and Technology, the writer returned home and took a teaching position at a local high school. This was when Wu turned his attention to his native soil and hometown. Through his simple and unadorned writing, Wu immerses readers with his profound emotions toward the earthy scent of soil and the preciousness of family bonds.

Describing Wu's works, literary critic Song Tian-shui (宋田水) said: "His poems are not some colorless and scentless mumblings in this chaotic world, but flowers of life that grow from seeds that reach deep down into the soil, replete with roots and leaves."

Wu's leap into maturity is marked by the prominent themes of a farmer's fate and life, and changes in Taiwan's society. In 1980, he attended the Iowa Writers' Workshop, one of the most celebrated creative writing programs in the United States, as a visiting writer. Spending nine months in the Midwestern state helped broaden the acclaimed writer's horizons.

Wu does not just give voice to Taiwan's land and beauty — each generational wave of environmental concerns seems to lap at his doorstep. The fierce and caring critic of industrialization has been no stranger to protests against projects that would cause ecological destruction. He also dedicated himself to address the environmental consequences that Jhuoshuei River suffers in the name of progress.

Wu's works were the first to be digitized for the National Museum of Taiwan Literature's archives. Among them, the most well-known is his poem "Burden (負荷)" that depicts the bittersweet parenting experience. "Burden" has been included in Taiwanese high school textbooks for years, becoming a part of the collective memory shared by generations of students.

Wu has been publishing collections of poetry for more than six decades, including "The Swing (飄搖裡)," "My Village (吾鄉印象)," "Speak to the Children (向孩子說)," "Selected Poems by Wu Sheng (吳晟詩選)," and "He Is Still Young (他還年輕)." Unfolding with aesthetic purity and realism, the 75-year-old's words resonate powerfully because, on a deep and primal level, they evoke the type of inner security that only one's hometown can ever provide.