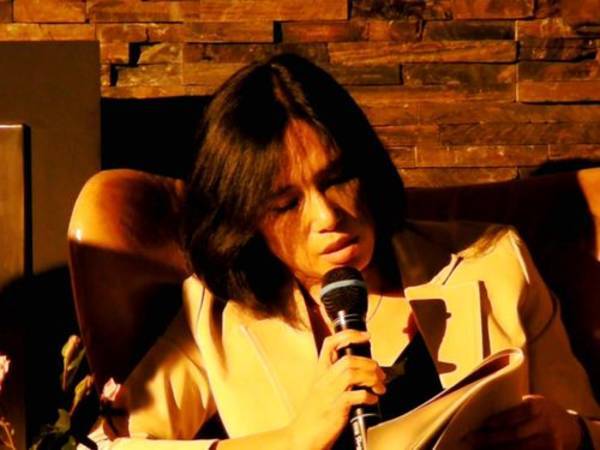 It's unusual to for an emerging author to make a major splash in the publishing world, but when a writer like Lai Hsiang-yin falls across one's radar, the potential can't be ignored. The fresh voice from Tainan published her first long story "The Frog (蛙)" in 1987 when she was in her first year of college. Along her literary journey, Lai has been proclaimed the voice of a new generation and was honored with the prestigious Wu Chuo-liou Literary Prize and the Taiwan Literature Awards, among other accolades.

Riding precociously on the waves that challenged the established writing styles of the novel form in the 1990s, Lai expressed her life observations and thoughts and spiritual growth through novels and proses.

The author traveled to Japan to pursue a graduate degree in cultural studies — a departure from her economics major in college — and later took the literary circle by storm when she won Taiwan's prominent Unitas Newcomer Award with her acclaimed novel "The Translator (翻譯者)" in 1995.

Although the word "prolific" is not usually associated with Lai, she has never shied away from exploring different writing styles and themes. From "Walking to Another Place (散步到他方)" to "Landscape in the Mist (霧中風景)" and "Island (島)," readers can always look forward to entering uncharted literary territory when reading her novels.

"Walking to Another Place" represents Lai's ambitious attempt to explore different writing styles when she was studying in Japan and the meaning of such efforts, while "Landscape in the Mist" explores the themes of love, enlightenment, memory, and existence with a dialectic approach.

Published in 2000, "Island" is an honest portrait of Taiwan's social and cultural landscape in the 1990s. Lai, who grew up in the late 1980s when martial law had just been lifted, presents her thoughts on Taiwan's unique history, ethnic groups, and politics. The book also peers into the world of the disadvantaged and the marginalized, the absurdity of contemporary urban life, and the changes that Taiwanese society went through after the watershed moment of leaving the White Terror era behind.

Her collection of essays "Prehistoric Life (史前生活)" — also a depiction of Taiwan in the 1990s — illustrates the calm before the upcoming storm of technological advancements. Released in 2007, the collection features bits and pieces of life at that time, complete with a philosophical take on attraction and pain during the turmoil of adolescence.

However, the grief of losing a close friend took Lai's breath away with gut-wrenching sorrow; the author's focus on pressing contemporary social issues through her writing was therefore put on hold. Paralyzed with the trauma, the author was not able to write and read for quite some time.

Lai left behind her previous lifestyle and distracted herself from the void of emptiness she felt after Qiu's sudden passing. After a long hiatus from writing, Lai released "Afterwards" in 2012 — ten years after her last novel "Island." This return to the literary scene won Lai a Taiwan Literature Award.

With a number of literary works already under her belt, Lai is also a translator. She translated "Chiang Ching-kuo and Lee Teng-hui (蔣經國與李登輝)" by Masahiro Wakabayashi (若林正丈), a Japanese expert on contemporary Taiwan politics and economics. She also edited and proofread "The Complete Works of Long Ying-zong (龍瑛宗全集)," a volume of the late Taiwanese author's works written in Japanese and Mandarin.

In 2019, Lai once again became one of the Taiwan Literature Awards winners with her book "Love Before Dawn: Taiwanese Literary Landscapes under Japanese Rule (天亮之前的戀愛：日治時期台灣小說風景)." The book is a tribute to late Taiwanese writer Weng Nao's (翁鬧) "A Love Story Before Dawn (天亮前的戀愛故事)," which explores sexual awakening and shares similar themes with her late beloved friend Qiu's works.

Lai worked at the National Museum of Taiwan Literature Preparatory Office and National Cheng Kung University's Department of Taiwanese Literature before embarking on her journey as a fulltime writer, even though she never really felt that she was meant to be a writer. Lai describes writing as something that cannot be undone like Pandora's box — a term that hints what's inside the box is not always pleasant. "Once the box is opened, you cannot close it," she stated.