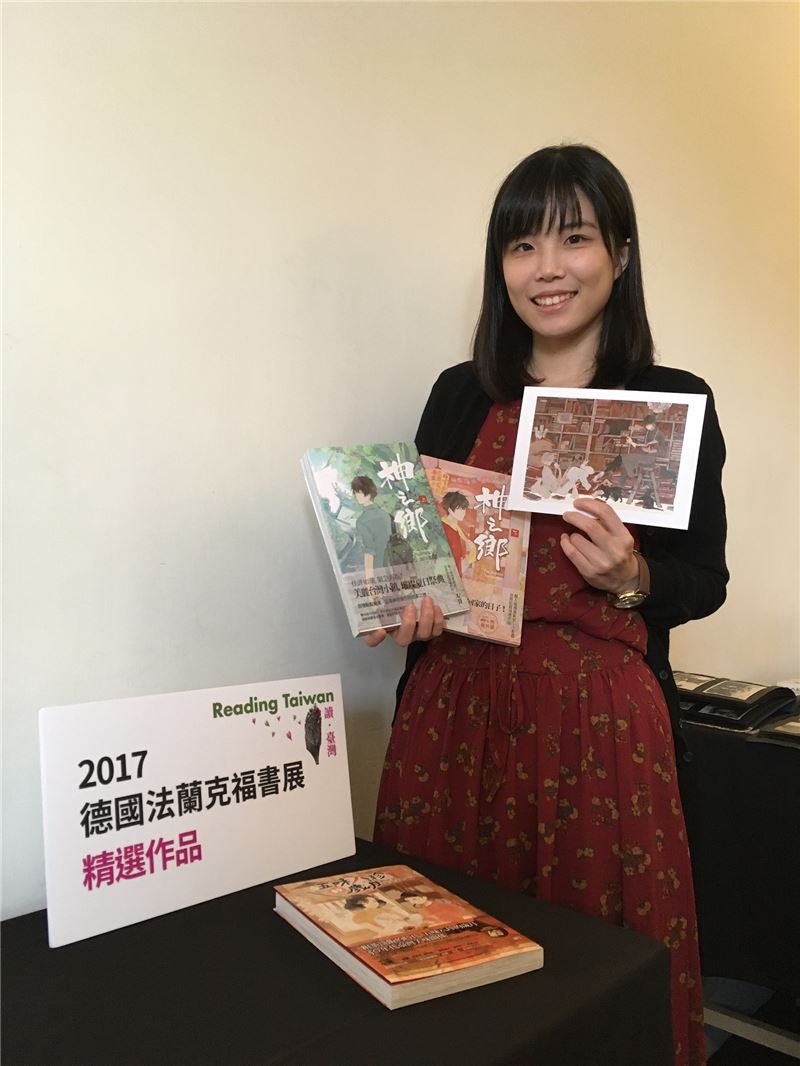 Illustrator and comic artist Zuo Hsuan is a shining new star in Taiwan's comic world whose works have been extremely well-received. Her exquisite, sensational, immensely detailed yet simple style illustrates the different facets and everyday life of Taiwan.

Growing up, Zuo really enjoyed drawing and storytelling, and even attended storytelling and art competitions as a child. Naturally, she continued to pursue art and design programs throughout her education. In her college days, she began drawing illustrative novel covers for both Taiwanese and Japanese authors, establishing a good reputation for herself.

Then in 2013, she published her first original illustration book, "White as Paper (白紙的白)," which was highly praised and beloved. Thus, she began walking down the path of becoming a professional illustrator and comic artist.

Her own works include illustrations and comics that feature delicate and heartwarming visuals. Zuo has an uncluttered drawing style with tasteful nuanced layouts, which fit extremely well for light-hearted, daily life stories.

In 2014, she released her debut full-length comic book "The Summer Temple Fair (神之鄉)," which was published in two volumes to tell a story about recovering forgotten childhood memories, family relationships, and friendships. The comic book was refreshing and relatable with an engaging storyline and eye-catching graphics, setting it apart from Japanese or American comics. "The Summer Temple Fair" went on to win a bronze medal at Japan International Manga Awards and becoming translated into Japanese and French versions; a live-action adaption is also in the works.

Zuo grew up at her grandparent's home in Daxi (大溪), a town in Taoyuan city, until the family moved up to Taipei when she got older. "The Summer Temple Fair" tells the story of the annual Holy Emperor Guan procession at Daxi. Zuo drew creative inspiration from her childhood memories of running after Daxi's elaborate temple parades and actual field research to complete this book. The story is almost a microcosm of Zuo's own personal life, and her love for the land and people, through heartfelt portrayal of simple, day-to-day life in Taoyuan.

Zuo explained that it is natural for artists to draw from the content they are most familiar with, and she has always appreciated local Taiwanese artifacts and Taiwanese traditional culture. She decided to draw comics because she liked being able to tell stories with images, and it is a good storytelling platform at a lower cost than film.

"The Summer Temple Fair" was an invitation for local and international readers, who do not know much about Daxi or the temple processions, to learn about this tradition, in addition to showcasing a different style of Taiwanese comics.

For her next project, Zuo was asked to helm a graphic novel based on a new Taiwanese television series adapted from "What She Put on the Table (五味八珍的歲月)," the autobiography of master chef Fu Pei-mei (傅培梅). The story, which follows Fu from her start as an apprentice cook to becoming a teacher and a famous TV host in her own right, is told through the eyes of a young maid called Lin Chun (林春) working in Fu's home.

Zuo's refreshing take on the portrayal of the characters in the story vividly describes the social conflict and everyday life during the 1950s and 1960s in Taiwan, conveying the emotions and introducing the memories and warmth of that bygone era to a new Taiwanese generation.

In 2020, Zuo was asked by the Taiwan Cultural Center in Tokyo, which is the Ministry of Culture's Japan office, to design a special promotional flyer depicting the different features and cultural attractions of Taiwan.

Zuo's illustration highlights unique facets of Taiwanese culture from old street scenes and parks to deity statues and temples. Her characters are vibrant and exquisite, and even the deities seem to come to life on her pages. Zuo's art takes the reader back in time and reminds us that there are candid, soul-stirring stories everywhere around us.