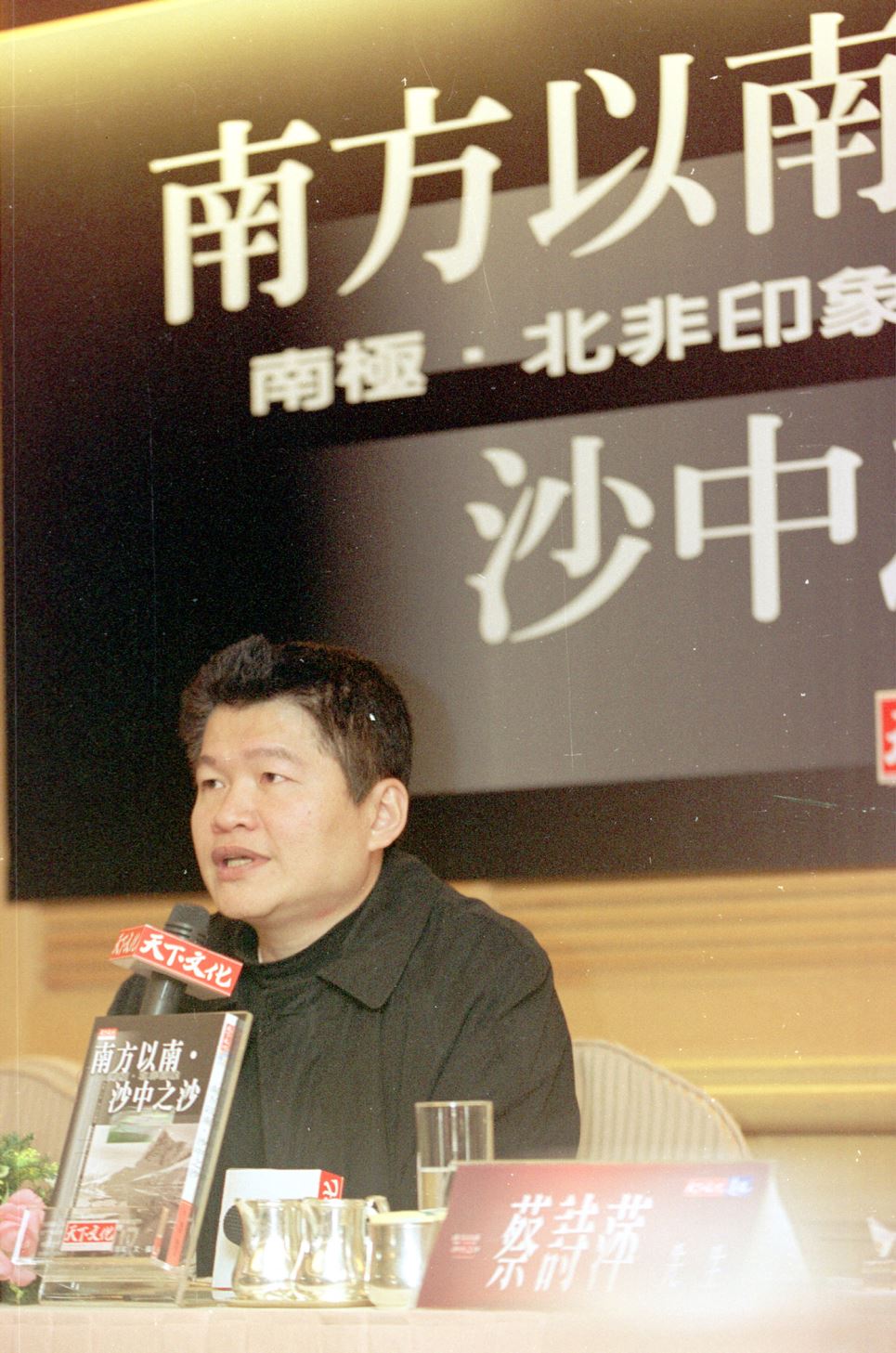 Name: 羅智成
Date of Birth: January 21, 1955
Place of Birth: Taipei
Did You Know...?
In addition to being a writer, Lo Chih-ch'eng has also served as editor-in-chief for Vogue and GQ, director of radio station Hit FM, head of the Taipei City Government Department of Information, and executive supervisor of the Central News Agency.


In 1975, the 20-year-old Lo Chih-ch'eng (羅智成) published his first collection of poems, including the iconic "Ghost Rain Academy (鬼雨書院)," reflecting Luo's insights into poetry. When he first broke out, he shattered the stereotypes the literary world had of the youth with his words of dark beauty, winning over the poetry scene with his talent. In college, he founded the National Taiwan University Modern Poetry Society alongside Jan Hung-tze (詹宏志), Yang Ze (楊澤), and Ku Ling (苦苓), ushering in a new era for poetry writing and recitation on Taiwanese campuses.

Lo's talent for new poetry, essays, and critique have earned him numerous literary plaudits. Critic Lin Yaode (林燿德) called him "a microversal pope (微宇宙的教宗)," which in turn earned Lo the nickname of "the pope of Taiwanese new poetry (台灣詩界教皇)." Lo was a major influence on the young literati of the 1970s, such that virtually anyone who loves literature and modern poetry has a favorite of his works.

Over time, he further refined his skills, taking on themes with wider horizons. The universe he has created is forged in a literary aesthetic and boasts a characteristic philosophy, with literary images and ideas weaving through the world freely.

Even when working with classical themes, Lo employs novel tastes. For example, in his "Book of the Philosophers (諸子之書)," he provided new interpretations of well-known historical figures, subverting readers' impressions and forging linkages between Eastern and Western thought from ancient times to now. One of them, "Asking Laozi (問聃)," opened with a novel dialogue, shattering the formal standards of modern poetry.

Another collection of his poems, "Book of Babies (寶寶之書)," had Lo show another face to the reader, using innocent, beautiful writing to lead the reader through a daydream. The titular "babies" represented intimacy and the subject of imagination, like the listener every person wishes for. The book also featured a number of illustrations and ruby characters, giving it a warm, playful feeling.

It is worth mentioning that "Book of Babies" went out of print shortly after its publication in 1988, becoming something young literati aspire to own and selling for significant prices online before its reprinting in 2012. As you can see, Lo's poetry has stood the test of time, continuing to be highly regarded by new generations of literati.

Lo's work is characterized by honesty; in his creations, he values the ability to write freely above all else, while also being sure to remain honest so as to express his ideas accurately and not deceive himself.

He considers poetry the recording of life, presenting, creating, and highlighting particular ways of living, showing how troubled and dissatisfied souls strive to transcend their ordinariness, fragility, ephemerality, and insignificance through imagination, vision, and introspection.

Lo's obsessive pursuit of poetry is nothing if not touching. Through the medium of modern poetry, he has dedicated himself to listening to all of his thoughts and emotions. Poetry is his faith and a source of unfailing pride for him.