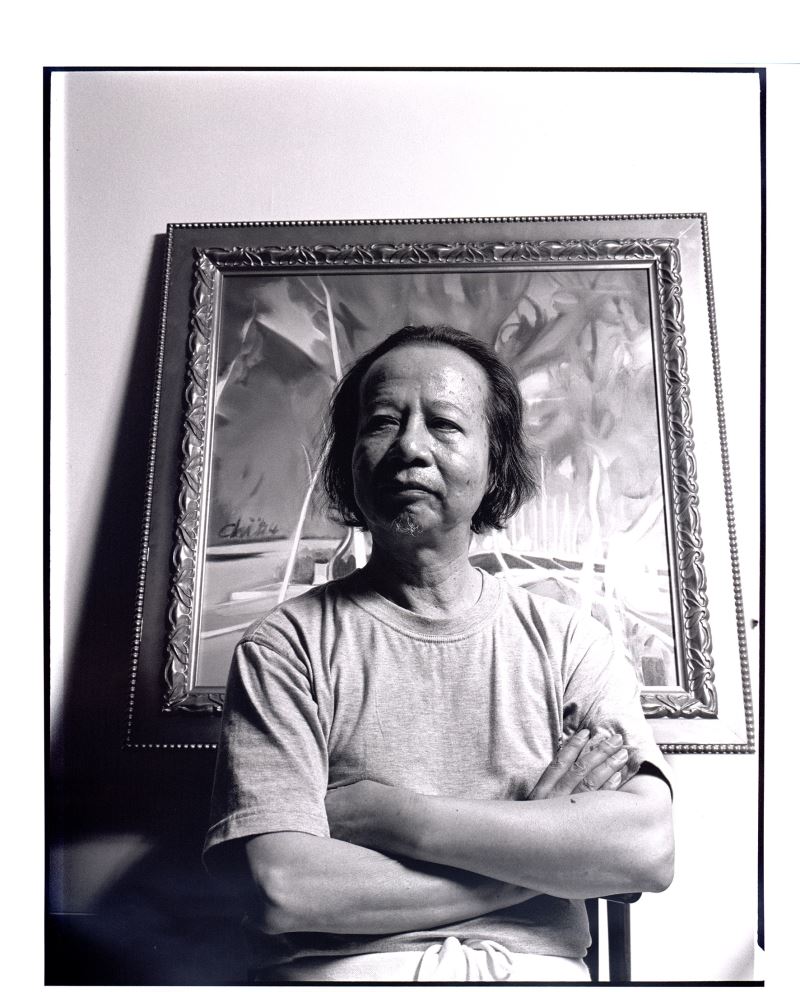 Birth Name: Liu Wuxiong
Date of Birth: July 23, 1939
Place of Birth: Tongxiao Township, Miaoli County
Did You Know?
A graduate of the art program at Taipei Normal School (which is now the National Taipei University of Education), Qi Deng-sheng (七等生) got his start in the literary world in 1962, when Lin Haiyin (林海音), editor of the United Daily News supplement, chose to publish his debut work "Unemployment, Poker, and Fried Squid (失業、撲克、炸魷魚)." With this publication, Qi Deng-sheng had the door to the world of writing open to him, kickstarting his career.


Qi Deng-sheng (七等生)  was born Liu Wuxiong on July 23, 1939, in Tongxiao Township, Miaoli. He graduated with a degree in art from Taipei Normal School and went on to teach at elementary schools in Ruifang, Jiufen, and Miaoli. As a child, he showed a talent for painting, but in the course of studying art at Taipei Normal School, he would often skip classes and go to the library to indulge in reading his favorite books. He was also known to have jumped on dining tables at school cafeteria to protest the terrible meals the school was offering its students, an act of rebellion that would eventually cause him to be suspended. Experiences such as these would ultimately go on to serve as fodder for his later literary works.

In 1962, the first fiction by Qi Deng-sheng, "Unemployment, Poker, and Fried Squid," was published in the United Daily News supplement. With the encouragement of Lin Haiyin, an established writer who was editor of the UDN supplement at the time, he had some 11 short stories published within six months, earning the recognition as an emerging localist writer, just like Huang Chun-ming (黃春明) and Wang Chen-ho (王禎和). In 1966, he founded Literature Quarterly (文學季刊) alongside writers Wei Tiancong (尉天驄), Chen Yingzhen (陳映真), and Shih Shu-ching (施叔青). In 1983, he was invited to attend the International Writers Workshop at the University of Iowa, where he stayed for five months.

Most of his works are fictions, while he also wrote poems and essays and created photographic works. His writings are built around self-depiction and self-dissection, expressing the conflicts between individuals and society's standards, revealing the inner contradictions and distortions. Qi's words are philosophical and poetic, often highlighting the contradictions and distortions, darkness and light in society, inspiring readers to think more deeply.

In 2010, he won the National Awards of Art (國家文藝獎). Citing the ground of giving him the award, it was written, "His language has a peculiar charm and has become one of the unique styles counted among Taiwan's modernist literature, while his content and form are artistic and original. The weight of his cumulative creative work has a lasting influence."

After Qi won the National Awards of Art, Vista Publishing published "Why Persevere: Selected Works by Qi Deng-sheng (為何堅持：七等生精選集)." Introducing Qi's writing style, Vista Publishing wrote, "In the genealogy of Taiwanese literature, Qi has always been classified among the 'post-war second generation,' but there can be no question that he has been a pioneer in localist modernism, a lone wolf, and an outstanding writer who is both icon and landmark." He thus came to be labeled as a modernist writer. Looking at Qi's peers, their prime was in the 1970s and 1980s, with works that were strong in social critique and realistic expression of local sentiment. Qi's own work, meanwhile, walked a different, modernist path.

Vista Publishing also noted that "his writings are characterized by thematic philosophy, formal style, and use of language. The ultimate goal of his creative work is continuous meditation on life through literary representation, using this to create a complete process of self-construction. Therefore, the focus of his fictions is not on reflecting the appearance of reality, but on uncovering inner feelings." His style was primarily a blend of realism and fantasy, creating an aesthetic form combining realism, allegory, and symbolism.

In early 2018, director Chu Hsien-che, winner of the Golden Horse Award for Best Documentary, took up the task of shooting season three of "The Man behind the Book (他們在島嶼寫作)" series, titled "A Lean Soul (削瘦的靈魂)," about Qi. With the camera focused on Qi, the documentary brings together literary analysis and interviews with Qi, who had lived a reclusive life for years, and his friends. Not only does it outline the contours of Qi, it also evokes the meaning found in his childhood, years of frustration and poverty, loved ones, and the significance of the writing of the most controversial novelist in contemporary Taiwan.

Qi Deng-sheng passed away from cancer on Oct. 24, 2020, at the age of 81. That documentary is the last, most valuable portrait of him.