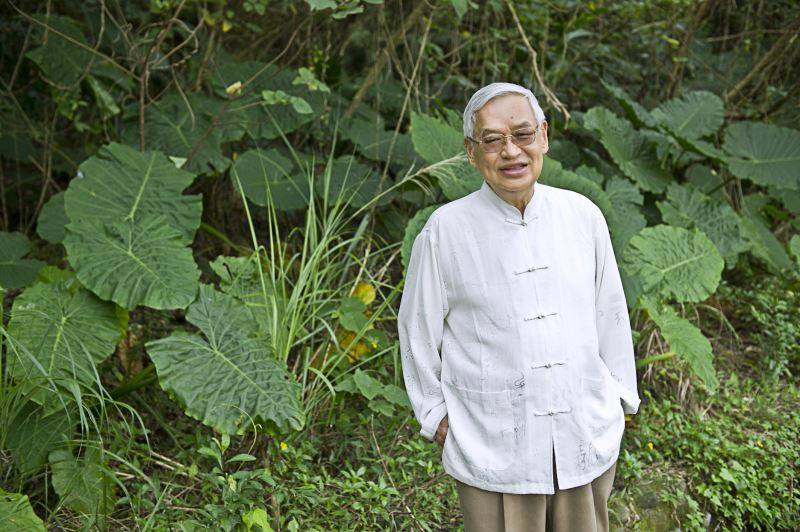 Name：曾永義
Born：1941 年
Birthplace： Tainan
Did You Know That…?
Professor Tseng Yong-yih is the first scholar elected a member of the Academia Sinica for his expertise in traditional Chinese opera and folk literature. Besides his achievements in the academic sector, he has authored the largest number of contemporary Kun Opera scripts in Taiwan. In 2016, he was awarded "Order of Brilliant Star with Grand Cordon (二等景星勳章)" by former President Ma Ying-jeou, in recognition of his contributions and dedication over the years.

Born in Tainan in 1941, Tseng Yong-yih is a prominent academic figure in literary circles and a prolific author on traditional Chinese opera and folk literature. He is a cultural icon well-known domestically and overseas and an influential figure in the field of Chinese studies.

Tseng started his academic career at National Taiwan University (NTU), where he obtained his M.A. and Ph.D in Chinese Literature. He taught at NTU for several decades before retiring. After his retirement, he continued to teach at Shih Hsin University in Taipei. Throughout the years, Tseng has been studying and promoting the development of traditional arts in Taiwan. His research encompasses opera, folk literature, performing arts and poetry. He has also actively promoted academic research and exchanges of opera across the Taiwan Straits.

Referring to his choice of a path of traditional Chinese opera research, Tseng said, it was purely incidental. He shared that he was in graduate institute when one of his teachers suggested him to use the Chinese opera script "The Palace Of Eternity (長生殿)" as the subject of his thesis. However, at that time, Chinese opera drew very little interest among the students, and he had never been exposed to Chinese opera. His teacher patiently explained the content to him, and often brought him to listen to Kun Opera. This made a profound impact in his life and benefitted him in many ways, which is why he decided to advocate for Kun Opera and Chinese Opera.

Before 1981, influence of American and Japanese cultures in Taiwan was evident, and traditional opera was on the wane since not many were concerned about the preservation of local culture. At that time, Tseng made the decision to join the Chinese Folk-Arts Foundation, in order to preserve and promote traditional arts.

In addition to the research of opera, Tseng's academic contributions can be attributed to four aspects, namely, resolving some fundamental questions in the history and theories of opera, exploring new fields of academic research and publishing research methods, initiating the research in folk literature and the work of related data compilation, and introducing folk arts and culture around the world.

An internationally well-known academician, Tseng has lectured at universities in Beijing, Xiamen, Wuhan, and Guangzhou, and served as a visiting scholar at Harvard–Yenching Institute, Stanford University, University of Michigan, Leiden University in the Netherlands and Peking University. He introduced Taiwan’s culture to other countries, and led folk artists to perform abroad, allowing foreigners to understand the unique cultural connotation of Taiwan. Tseng once said that he believes that these are the greatest contributions to the country that a scholar can make.

Throughout the years, Tseng has conducted comprehensive, in-depth research on popular literature and developed innovative methodologies which have achieved major accomplishment. He is a forerunner in raising public awareness of Taiwan's traditional arts and introducing Chinese performing arts to the world.

Starting from the late 1970s, Tseng has published prolifically, such as "An Introduction to Ming Zaju (明雜劇概論)," and "The Development and Changes of Taiwanese Opera (台灣歌仔戲的發展與變遷)." One of his books, "A New Perspective on the Evolution of Traditional Chinese Drama," won international acclaim for resolving basic but disputed issues concerning the history of traditional vernacular literature, and for defining new typologies such as "ethnic story" and "shadow characters." Apart from his academic works, Tseng also published several volumes of essays on a variety of topics, and produced scripts for Kun Opera, Peking Opera, Taiwanese Opera, Hakka Opera and other theatrical genres.

In 2017 and 2020, Tseng donated a cache of his manuscripts to National Central Library (NCL), including "The Evolutionary History of Traditional Opera," which is a colossal work with 10 major chapters: "Southern Opera in the Song, Yuan, and Ming," "Northern Dramas in the Jin, Yuan, and Ming," "The Background of Traditional Opera in the Ming and Qing," "Poetic Dramas in the Ming and Qing," "Puppet Plays," and so on. It is a summation of research and new milestone on traditional Chinese Opera. The structure of the script, the wording and rhyme are all meticulously done in the old style, as though they were written by the great playwrights of the Ming and Qing dynasty. His donation has set an example, influencing others in society to place importance and give more support to NCL's archiving efforts of such manuscripts. The manuscripts have been digitized and preserved in the online database, making it accessible to the world.