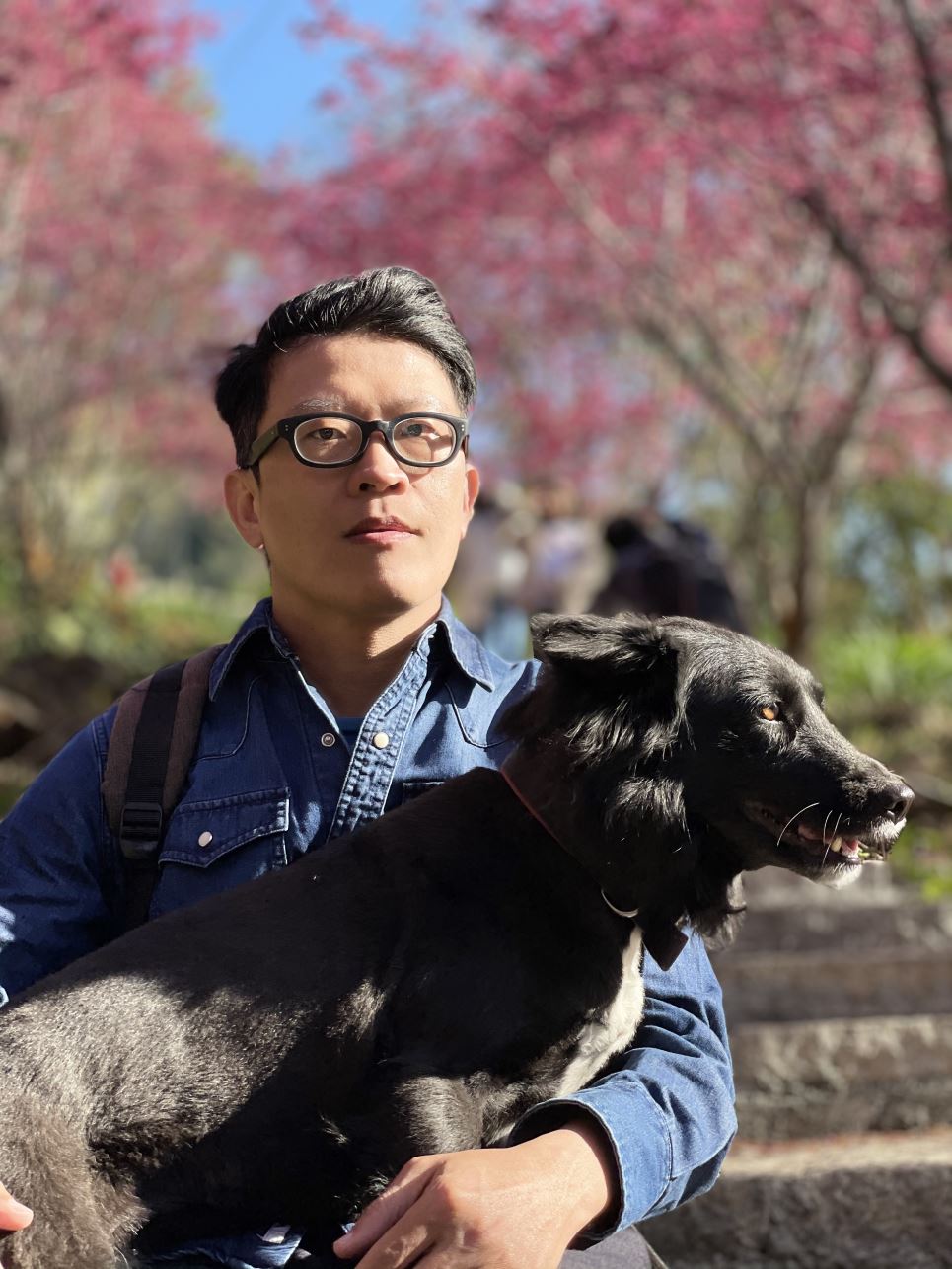 Chinese Name: 阿尼默
Date of Birth: January 22, 1977
Place of Birth: Taichung, Taiwan
Did You Know?
Animo Chen (阿尼默), whose real name is Chen Yung-kai (陳永凱), has tried his hand at a variety of fields, including illustration, comics, and animation. He specializes in the presentation of interior stories with highly artistic images, and his work frequently incorporates a variety of elements of Taiwanese culture. In 2020, Animo Chen became the first Taiwanese artist to win the BolognaRagazzi Award for comics for young people at Italy's Bologna Book Fair for his comic book "The Short Elegy (小輓)." The following year, he won the Jury Prize in the Poetry Category for his Taiwanese-language poetry picture book "Love Letter (情批)," further demonstrating his excellent graphical skills. Chen's work throughout his career has never had a fixed style, relying on pure, introspective narrative ability and artistic expression to capture the hearts of people of all kinds.

Animo Chen graduated from Dayeh University with a degree in visual communication design, after which he found a variety of jobs in the world of film and television, including as a stills artist, animation director, and art director. In 2005, he was awarded the Industrial Development Bureau's Million First Prize in the International Animation Prototype Award for his short animated work "Footloose 366 (366巴士)."

At the age of 32, Chen returned to his favorite paintings and felt that his work, though seemingly unrestrained, still had a sense of "consciousness." He wanted to achieve a state of "wanting nothing, not even freedom" in his art, and in 2011, he went to the Czech Republic to study for an MA at the Academy of Arts, Architecture and Design in Prague, pushing himself into a situation where he felt extremely isolated in order to adjust his mental state. Chen's painting is influenced by the American abstract expressionist Jackson Pollock, whose paintings he admires for how they break through the common imagination of painting while at the same time remaining evocative, and by Pablo Picasso, whose lines and overall work he admires for how it shows true freedom.

Chen's material desires are small, and he usually supports himself through newspaper supplements, devoting the rest of his time purely to artistic creation. For him, there is an intricate and complex relationship between artistic creation, comics, and money. He has said that he wants to earn money to continue to create art, but the process of creation is accompanied by great stress and requires long periods of silence, with human interaction all but frozen. If he stays in this state for a longer period, his body and mind will begin to feel discomfort, and comics are the best tonic for treating this.

Chen started working on his first solo comic, "The Short Elegy (小輓)," in 2016, which tells three stories of loss. The art is colorful and lush, with a lot of mottled textures, all drawn from real life. The unique style, poetic beauty, and depth of the images and content of "The Short Elegy" saw the book well received on its publication in 2019. It soon won the 2019 Openbook Goodreads Award for Chinese Works, marking the first time the award was given to a comic book. At the end of that same year, Chen was selected as the comics representative for the Taiwan Pavilion at the 2020 Angoulême Festival in France. The comic went on to become the first Taiwanese work to win the BolognaRagazzi Award for comics for young people at the 2020 Bologna Children’s Book Fair in Italy. Back in Taiwan, it was also awarded the 44th Golden Tripod Award for Children's and Young Adult Books.

Chen has held several solo and group exhibitions in Taiwan and the Czech Republic. His 2018 exhibition Flemingia (白馬屎) was selected for the Bologna Illustrators Exhibition in 2019 and was included in his first illustrated book of poems in Taiwanese, "Love Letter (情批)," published in 2021, which won the jury prize in the Poetry Category at Bologna that year. This latter book was inspired by Chen's daily life of hiking and reading. He has been painting trees since 2017, starting with one or two and eventually painting a forest, then weaving a complete narrative thread. This is how Chen creates—not limiting the work in how it develops, allowing it to spend a long period gestating until it comes together as a story.