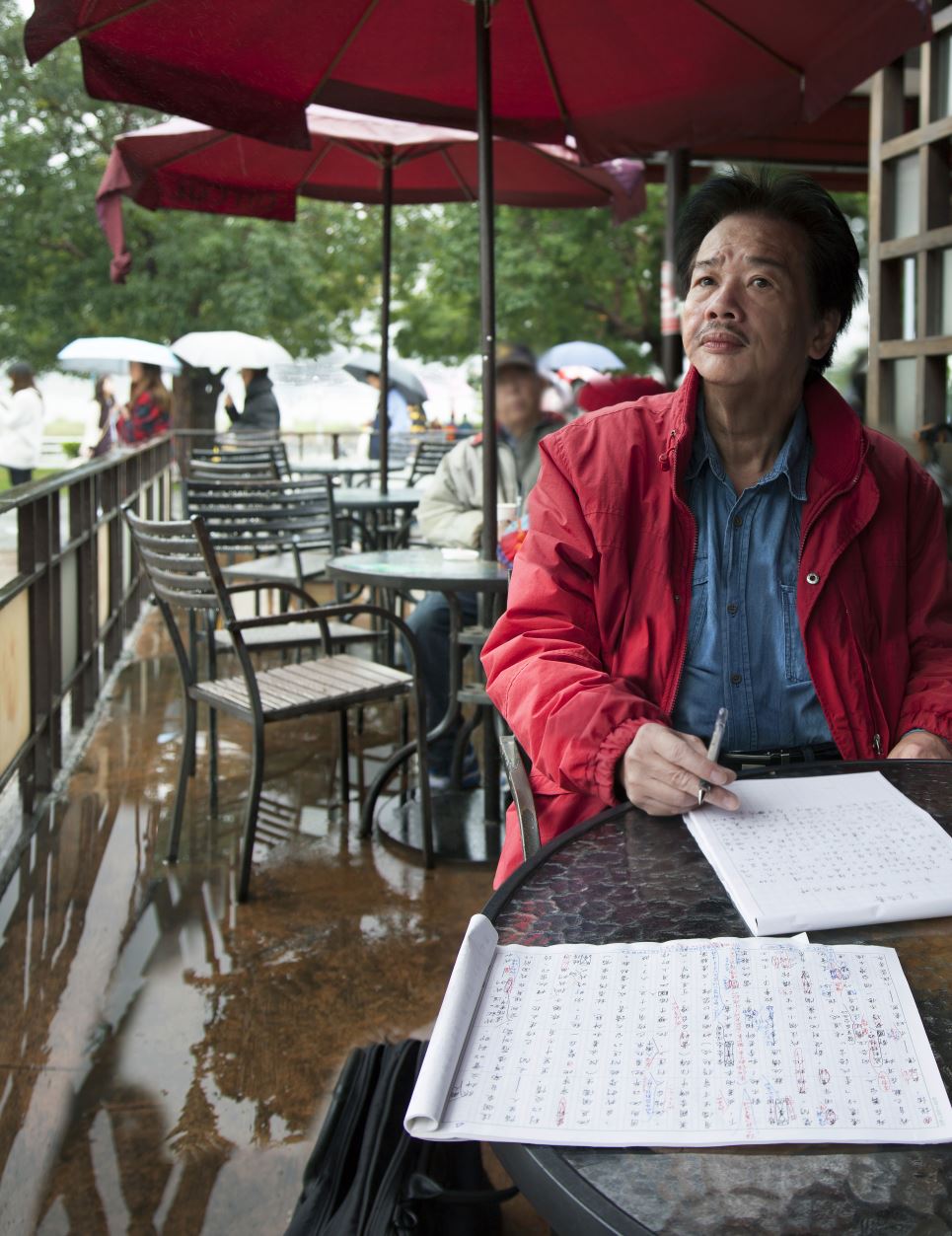 Chinese Name: 李永平
Date of Birth: June 15, 1947
Date of Death: June 22, 2017
Place of Birth: Kuching, Malaysia
Did You Know?
Li Yongping was a master of modern and contemporary novels, and is known in Taiwan's literary world as the "alchemist of letters." He was born in the British Crown Colony of Sarawak (later to become part of Malaysia), studied in Taiwan and the United States, and finally settled in Taiwan. His nomadic transnational experience, talent, and artistic spirit resulted in a portfolio of work that spanned a wide range. In 2016, Lee was awarded the 19th National Award for Arts.

Li Yongping was an outstanding novelist in the Chinese-language literary sphere. His ancestral home is in Guangdong Province, China, however, he was born in Kuching in the British Crown Colony of Sarawak. In 1959, he had his first introduction to classical and modern Chinese literature while a student at Chung Hua Middle School No. 2 in Kuching. After completing his secondary education, he went to Taiwan to study in 1967, enrolling in the Department of Foreign Languages at National Taiwan University. Having completed his studies, he stayed in the department as a teaching assistant and devoted himself to writing. A few years later, in 1976, he published a collection of short stories entitled "A La-tzu Woman (拉子婦)," which focused on the living conditions and endless homesickness of the ethnic Chinese in Borneo in the 1960s. That same year, he went to the United States to continue his studies, earning a Master's degree in Comparative Literature from the State University of New York at Albany in 1978 and a doctorate in the same field from Washington University in St. Louis in 1982. In 1987, he renounced his Malaysian citizenship and officially became a citizen of the Republic of China.

Lee Yongping's most iconic works include "Retribution: The Jiling Chronicles (吉陵春秋)," "The Eagle Haidong Qing (海東青)," and "Zhu Ling's Adventures in Wonderland (朱鴒漫遊仙境)." His creative work showed a clear evolution from "A La-tzu Woman," which was based on the local stories of Borneo, to "Retribution: The Jiling Chronicles," which was set against the backdrop of a small Chinese town. Meanwhile, the intertwined narratives of multi-layered national history that characterized “The Eagle Haidong Qing” and "Zhu Ling's Adventures in Wonderland" were something rarely attempted among Taiwanese, Malaysian, and Chinese writers. In addition to writing his own novels, Lee also translated a number of Western works into Chinese, including "An Area of Darkness (幽黯國度)" and "Fingerprints of the Gods (上帝的指紋)."

In the late 1990s, he set about writing a series of novels set in his homeland of Borneo: "The Snow Falls in Clouds: Recollections of A Borneo Childhood (雨雪霏霏：婆羅洲童年記事)," "The End of the River: Upstream Voyage (Volume 1) (大河盡頭：上下卷)," "The End of the River: Mountain (Volume 2)," and "The Book of Zhu Ling (朱鴒書)," collectively known as the Moon River Trilogy. The Moon River trilogy combines the indigenous peoples of Borneo, the experience of Western colonialism, the traumatic experience of Japanese colonialism, and the secret history of the Malayan Communist Party guerrillas, weaving them together to create a map of the recent world and crafting a completely new perspective within the world of Chinese-language literature. As a result of its scale, novel vision, and aesthetic achievements, the trilogy is regarded as a masterpiece written on the back of exhausting life experiences and self-reflection.

Li Yongping won numerous awards, including the Golden Tripod Award for Literature (Taiwan), the Jury Prize of the Zhongshan Cup Overseas Chinese Literature Award (China), the Dream of the Red Chamber Expert Recommendation (Hong Kong), the Special Contribution Award in the 6th Global Chinese Literature Hsing Yun Awards, and being named in the Top 100 Chinese Novels of the 20th Century by Yazhou Zhoukan magazine (Hong Kong). In 2016, he was honored by the National Culture and Arts Foundation with the 19th National Award for Arts (Taiwan). In his acceptance speech at the ceremony, Li said, "Taiwan's society is open and diverse; Taiwan’s literature is generous and tolerant, and only with tolerance are great things possible." The National Award for Arts judges stated, "Li Yongping's literary talent and artistic spirit have injected Taiwanese novel writing with a fresh passion and historical perspective. From the 20th century to the 21st, his creativity has continued unabated. His concise phrasing, precise word choice, and the broad orientation of his works are making Taiwanese literature richer and more diverse, with a far-reaching and profound influence."

In 2017, Li Yongping passed away at the age of 70. Former Minister of Culture Cheng Li-chun remarked, "Li Yongping's creations symbolized Taiwan's characteristic diversity and inclusivity. He devoted himself to writing and literary translation for many years, and he remained dedicated to writing until his last breath, a truly admirable quality."