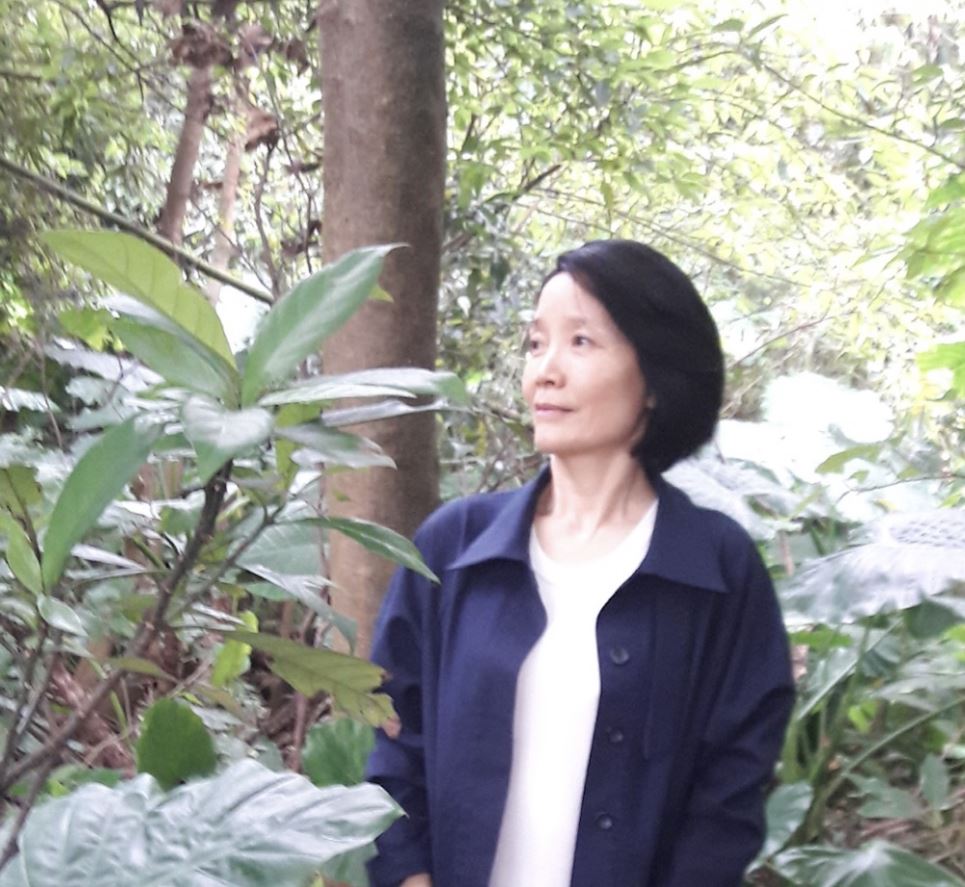 Chinese Name: 陳育虹
Date of Birth: July 5, 1952
Place of Birth: Kaohsiung, Taiwan
Did You Know?
Poet Chen Yu-hung only began dedicating herself to writing poetry once she was in her 50s, drawing on her years of life experiences, nimbly and naturally incorporating various themes, and crafting poetry characterized by a distinctive musicality, producing works brimming with vitality and appeal. In 2017, she won the 4th United Daily News Literature Award, becoming the first person to win this award for poetry.

Chen Yu-hung was born in Kaohsiung to parents from Shanghai, China. Later, when her father began working for Air Asia, the family moved to a small community in the suburbs of Tainan, where many foreign employees also brought their families to live in Taiwan. Growing up in such an environment where various cultures blended together would prove to be a profound influence on Chen’s work. In high school, Chen studied in the English Department of Wenzao Ursuline College of Languages, where she began her entry into the world of literature under the inspiration of Professor Bao Bin. In addition to the history of Western philosophy, literary history, British romantic poetry, and modern American novels, Wenzao’s courses also included a large array of courses on classical Chinese literature, including Confucius' Analects, Mencius, Zhuangzi, Mozi, and selected poems. On the Western literature side, she read the works of the Stoics, Epicureans, Byron, Shelley, Keats, Hemingway, Steinbeck, and more; In Chinese classical literature, she found a particular love for Tang and Song poets like Li Bai, Li Shangyin, Su Dongpo, and Li Qingzhao. Chen was fascinated by the musicality and rhythm of their poems, and a similar musicality became a major feature of Chen’s own poems.

Chen Yu-hong believes that "Writing poetry is not a profession. One doesn’t just suddenly start writing poetry; it is rather accumulated over one’s lifetime." She has emphasized that writing is about an accumulation of reading, and reading a lot of great works will help improve your awareness of literature, helping you write better pieces yourself. Chen's creation of poetry also began at Wenzao. She was the president and editor-in-chief of the school magazine at the time. The school magazine published a newspaper, and there was a small space that needed to be filled, just long enough to fit a single poem. The school magazine, too, had no shortage of other genres and forms represented, with just poetry lacking, and so to enrich the content a bit, Chen began writing poems.

Reading Chen Yu-hung’s poems, readers are often fascinated by their sonic quality, their "musicality," a fusion of rhythm and atmosphere that, with tact and indulgence, weaves a texture of emotion that intoxicates readers. With regard to this musicality, Chen has said, "A poet's language comes from their particular background and is imbued with its own color. Each is different, and for me, I want to be able to hear the tone of the words as I read them." In addition to writing poems, Chen has also translated poetry collections, including Margaret Atwood’s poetry collection "Eating Fire (吞火)" and Nobel Prize winner Louise Glück's collection "The Wild Iris (野鳶尾)."

In 2004, Chen Yu-hung won the Annual Poetry Award at The Best Taiwanese Poetry, and in 2007 the Literary Medal of the Chinese Writers & Artists Association. In 2017, she won the United Daily News Literary Award for her work "Trance" and her masterpiece "In-between." Of particular note is that she was the first recipient of this award to win it for poetry rather than prose. In her acceptance speech, she said, “The best age to start creating is 50,” because she began focusing on writing poetry once in her 50s, which enabled her to make use of her years of life experience to nimbly and naturally employ a variety of themes to craft works brimming with vitality and appeal.