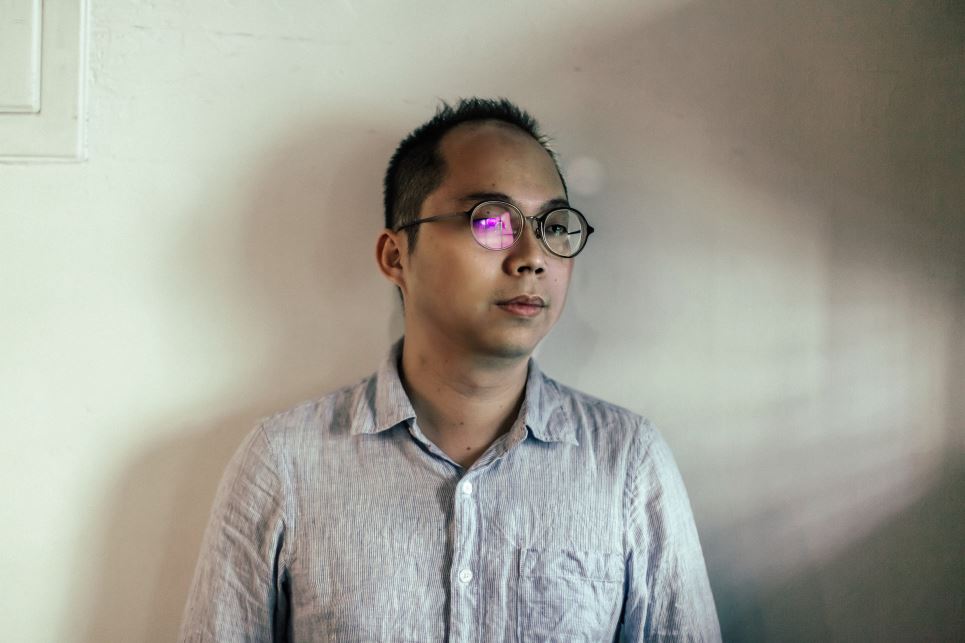 ‧Chinese Name: 黃崇凱
‧Born: 1981
‧Place of Birth: Yunlin County (Southern Taiwan)
Did You Know?
In his novel "The Formosa Exchange (新寶島)," published in 2021, writer Huang Chong-kai presents the reader with a daring fantasy of a great exchange between the inhabitants of two islands, Taiwan and Cuba: 23 million Taiwanese wake up on the island of Cuba, near the United States, the unfamiliar Caribbean Sea stretched out in front of them. Meanwhile, 11 million Cubans find themselves on the island of Taiwan, looking across the strait toward China.

Huang Chong-kai always thought he would graduate from National Taiwan University with a degree in history and go on to become a historian, but in 2003, while still in college, he happened to attend a literary camp organized by the magazine Unitas and finding himself inspired to take up writing. At the time, Huang had no idea that that same literary camp had a long and prestigious history, nor did he even really know what participants in such camps were supposed to do—he just knew that the teaching team for the camp included many well-known Taiwanese writers, one of whom was Yuan Zhe-sheng (袁哲生), a young writer who had gained attention in the 1990s. Huang will always remember that that was the last time Yuan would be an instructor at that literary camp, as the following year he would take his own life. To Huang, Yuan's influence was so significant that he once mentioned in an interview that he always wanted to give credit for his start writing fiction to Yuan.

Since then, Huang has submitted writings to a number of literary awards and won the Taipei Literary Award (台北文學獎), the Cardinal Tien Literary Award (耕莘文學獎), the National Student Literary Award (全國學生文學獎), and the Unitas New Author Award for Fiction (聯合文學小說新人獎). 2009 saw the publication of his collection of short fiction, "Bootlegs (靴子腿)," followed by "The Broken (壞掉的人)," "Further Than Pluto (比冥王星更遠的地方)," and "Blue Fiction (黃色小說)." He also edited "Golden Taiwanese Fiction Writers of the 80s Generation (台灣七年級小說金典)" together with Chuck Chu (朱宥勳).

After finishing graduate school, Huang was hesitant about going abroad to study, but later received a publication grant from the National Culture and Arts Foundation, which led him to decide to dedicate a year to writing what would become "Bootlegs." The book’s title comes from the Prohibition Era of the 1920s in the United States, when "bootlegging," or the smuggling of alcohol over land where alcohol and its transportation were banned, became popular. The term would later go on to be extended to mean the unauthorized recording and trading of live performances by famous musicians. Each story in the book is named after a classic Taiwanese pop song from the 90s and reflects historical background of that song.

The novel "Further than Pluto," published in 2012, tells the story of two protagonists, a literary young man who accompanying his mother, who has terminal cancer, and a high school history teacher with a beautiful family, both of whom fictionalize the lives of others. However, what they don't know is that the novels each are writing are in fact one another's life stories.

Through the story of three intellectuals in their thirties who are embed themselves in the virtual world of images and are unable to get by in the real world, the 2012 novel "The Broken" portrays a phenomenon in which worlds of the physical and the spiritual are inseparable and the individual is completely alienated from society.

2014's "Blue Fiction" is about a columnist who writes a sex advice column in a men's magazine and struggles to answer readers' difficult sexual questions each month, using his imagination to enter the lives of the men and women in the questions. "Blue Fiction" takes an approach similar to that of B movies, the language lurid and shameless, depicting all the sexual desire, sexual depression, and sexual territorialism of heterosexual men, rife with sexual fantasy and creativity.

"The Contents of the Times," published in 2017, reconstructs the changes in Taiwanese society over the past half-century from a literary perspective through 11 short stories. This book won Huang a number of awards, including the 2018 Taipei International Book Exhibition Book Prize (台北國際書展大獎) and the Wu Chuo-liu Literary Award (吳濁流文學獎). The judges praised his work as "A moving literary gesture that picks up the fragments of Taiwan's history, intertwining the documentary and the fictional, yet approaching reality at every level, with a fascinating writing style."