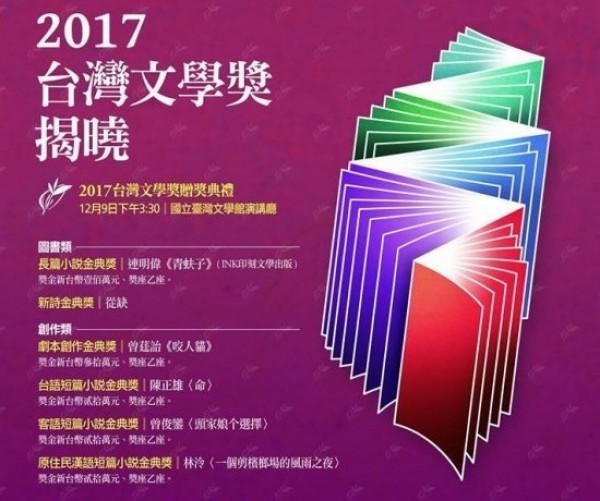 Nakao Eki Pacidal is an Amis novelist, translator, and painter. Fluent in Amis, Dutch, English, French, German, and Latin, she has translated several books and published a novel titled "Curse of the Island: Contemporary Taiwan Aboriginal Legend I (絕島之咒: 台灣原住民當代傳說第一部).”

As an Amis from the Pangcah village of Tafalong, Nakao is mainly devoted to researching Taiwan history from an indigenous perspective after obtaining degrees in law and science history from the National Taiwan University and Harvard University. She is now based in the Netherlands as a PhD candidate in history at Leiden University.

Nakao also translates works in different fields, from popular science and history books to academic textbooks, including "The Autobiography of the Earth (地球寫了四十億年的日記),” "The Spanish Experience in Taiwan, 1626-1642 (西班牙人在台灣),” and "Men and Women of the Corporation (公司男女).”

Since 2007, Nakao began creating artworks that take inspiration from her daily epiphanies. Her various styles reflect her emotions, creativity, and passion toward life. "The Streamlinist,” for example, is a series of postcards that show her obsession with lines.

Nakao also writes short aboriginal stories and contemporary fiction that take inspiration from the people she encounters, such as "Walking across Waters and Mountains (亂步萬水千山),” "Spring of Vienna (維也納之春),” and "Memoires de Mai (一直是晴天).”

In 2014, she released "Curse of the Island: Contemporary Taiwan Aboriginal Legend I,” which reinterprets and gives new meanings to Taiwanese aboriginal mythology and legends through translation and the clever incorporation of contemporary literary elements. The book took ten years to complete.

"Curse of the Island” follows four young characters from different tribes as they embark on an inspection of a mysterious incident, only to accidentally provoke an ancient curse. Nakao noted that the book embodies her historical point of view and vision for Taiwan's indigenous future, and the open ending of the story hopes to help readers reflect upon their expectations for Taiwanese aborigines.

This year, Nakao's "A Stormy Night at Betel Nut-Cutting Scene (一個剪檳榔場的暴風雨之夜)” - which tells of a young woman's return to Tafalong community through dialogues in Chinese, Japanese and English - has won the Taiwan Literature Award for Best Indigenous Novella.