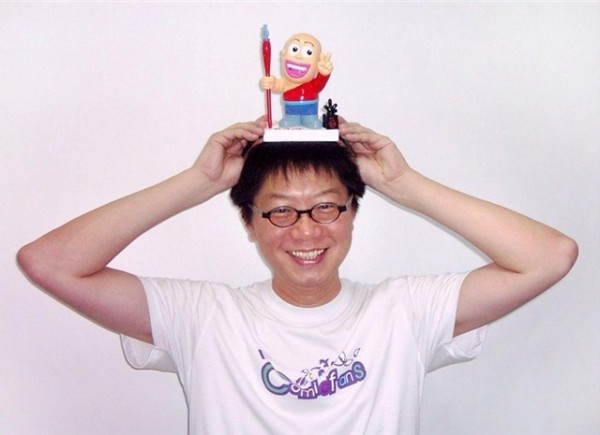 As a child, Ao spent a great deal of time at home due to asthma. The alienation from school allowed him to develop his interest in comics. However, parental disapproval of drawing comics led him to him run away from home when he was 16. Ao then started an apprenticeship at an animation company for seven years while studying at Fu-Hsin Trade and Arts School in the evening to pursue his dream as a comics artist.

At the peak of his career, Ao halted his work after feeling overwhelmed by the consequences of his fame. He left Taipei to live alone in Hualien County, and shifted his focus to teaching cartoons at National Dong Hwa University and holding comic book camps for children.

Ao returned to his full-time comic career in 2005, and started to publish an expansion of "Black Dragon Courtyard (烏龍院大長篇)” for another seven years. After receiving the 2014 Golden ComicAwards for lifetime achievement, he joined the 2015 residency program of la Cité internationale de la bande dessinée et de l'image in Angouleme to create new works and collaborate with artists from around the world. Ao also shared his overseas experiences and analysis of the French comics industry through new comic strips.

With a career spanning over three decades, Ao's achievements are significant to Taiwan's comics scene. He has inspired those who are interested in comics to pursue their dreams, helping to cultivate more artists in Taiwan. Though Ao expressed that being a comic artist is lonely, he will never give up trying to bring happiness to people through his comic books.