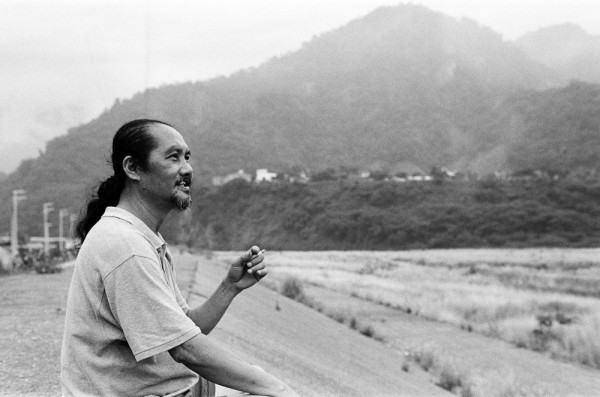 Walis Nokan is a prolific indigenous writer of Atayal heritage who wrote on the behalf of Taiwanese aboriginal peoples during the Indigenous Movements in the 1980s. His works encompass poetry, prose, critiques, reportage, and novels. Walis also incorporates phrases and beliefs from both Atayal and traditional Chinese cultures in his writings, presenting literature with strong dynamics and graceful integration.

Walis used to teach in elementary schools and universities after finishing university. He has encouraged and advocated creative writing for years as he believes writing is a way to express one's inner feelings and to connect with the outer world. With such an ability, one can learn to observe, imagine, and create, he points out.

His involvement in aboriginal affairs began in 1984, after reading an issue of the Chinatide Magazine (夏潮雜誌) that discussed the situation of Taiwan's indigenous peoples.

A few years later, he founded the Hunter Culture Magazine (獵人文化雜誌) in 1990, which was later restructured as the Research Center for Humanities of Taiwan's Aboriginal Peoples (台灣原住民人文研究中心) to gather information and handle affairs relating to Taiwan's aboriginal peoples. The Center's main objective is to rebuild the culture of each indigenous group.

From 1985 to 1994, Walis' works were influenced by the Indigenous Movements and the public's rising awareness of the importance of aboriginal cultures. His writings focused on criticizing the oppression and discrimination in society from the angles of history, education, and culture. This period of time was marked with a tone of anger in his poems and prose.

His writing style changed, however, following his decision to rejoin his tribe in 1994. The change of living settings and the methods of communication provided him solace and tranquility, and these traits were subsequently reflected in his writing. Having found peace upon his return, Walis now depicts cruel and dark realities with a calm tone and sense of dark humor.

Nokan's shifts in writing style reflects his exploration of the world, self-reflection, and construction of identity. Today, he continues to play a leading role in the development of indigenous literature and the promotion of public awareness of indigenous history.