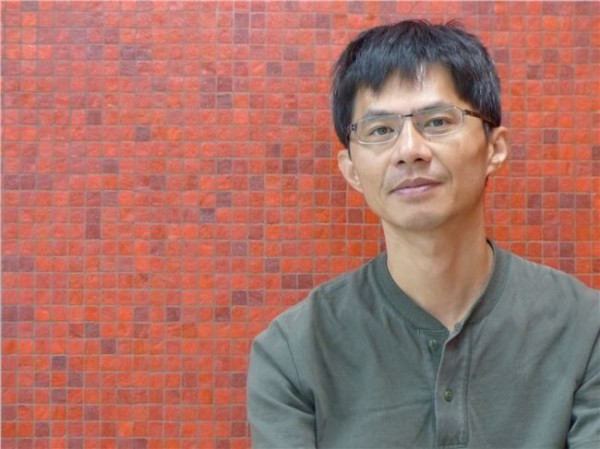 Kan Yao-ming is a writer whose distinctive style has made him one of the most prominent contemporary authors in Taiwan's literary scene. Kan adeptly incorporates local folk tales, Hakka culture, and collective memories of Taiwan's past to create unique tales of magic realism. He is the winner of numerous cultural awards, including the China Times Open Book Award and Golden Tripod Awards.

Born and raised in a rural township on a mountainous area, Kan thinks that he still lacks many experiences in life as he was that kid "who grew up in the middle of nowhere.” However, the legends and tales he heard during childhood have now become his main source of inspiration for writing.

Kan developed an interest in writing when he was studying Chinese at Tunghai University, and continued to write after becoming a full-time teacher. Before he found the voice that readers are acquainted with today, Kan tried various different writing styles in his early short story collections "Mysterious Train (神秘列車)” and "The School of The Water Spirit (水鬼學校和失去媽媽的水獺).”

Kan's writing became more mature after the release of his first novel in 2009. "Killing Ghosts (殺鬼)” masterfully combines tall tales and legends with factual history to create a surreal yet tangible world. Behind the layers of magic, the book is an honest reflection of Taiwan's colonial history, and his employment of ghosts as metaphors for the human soul also highlights the anxious issue of post-colonial identity.

"Killing Ghosts” established his fame as a strong writer of neo-nativist literature. The book's success led Kan to being chosen to represent Taiwan at a writer-in-residence program jointly organized by Berlin Literary Colloquium (Literarisches Colloquium Berlin) and Council for Cultural Affairs, predecessor of the Ministry of Culture, in 2011.

By 2015, Kan released his second novel, titled "The Girl and the Woodcutter (邦查女孩).” Inspired by the natural landscapes in Hualien, Kan tells the story of a young Amis girl who meets a woodcutter, and together they embark on a journey across mountains. In the book, Kan vividly portrays the nature, culture, society, and history of Taiwan through the fresh eyes of the two protagonists.

"I write down the stories I heard in villages. In that [Amis] village, children create stories and the elders are preservers of such stories,” Kan once said. Today, Kan serves as both creator and preserver of stories through his magic realism.