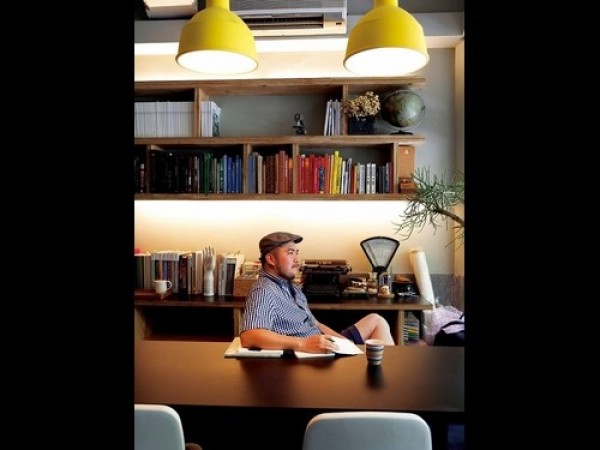 Page Tsou is a Taiwanese illustrator whose works have received international recognition at recent editions of the Bologna Children's Book Fair. As the first Taiwanese artist to receive the top award at the prestigious Italian event, Tsou has since been invited to work with global brands such as Disney, ELLE, Johnnie Walker, SPIN, Yamaha, and The Big Issue.

Before becoming a professional illustrator, Tsou's only work experience was teaching fine arts at an elementary school for a year. But after finishing compulsory military service, his passion for drawing drove him to pursue further studies in communication arts and design at the Royal College of Art in London.

With a solid training in technical art skills - including sketching, watercolors, calligraphy, and ink painting that he learned from Taiwan - Tsou was then able to benefit from the creative freedom offered by the education system in London. The city's rich history and heritage also inspired Tsou.

In 2008, Tsou created a series of illustration titled "Chips & Fishes” based on his experiences in London. Casting himself as a chip and the Londoners as fishes, Tsou humorously tells the sense of alienation and his observations on the average lives of Londoners from the perspective of a stranger.

"Chips & Fishes” became the first work from Tsou to be selected by the Bologna Children's Book Fair for exhibition. Two years later, Tsou was invited to Bologna again with his work "The Gift that Keeps on Giving,” a British steampunk style series that present issues that are often ignored or avoided by society.

After returning to Taiwan, Tsou held a solo exhibition titled "The And, Never End” in Taipei. The exhibition, which featured a series of sketches of the back of peoples' heads, intends to convey the idea of looking at things from another perspective to see the whole truth, rather than judging by initial impression.

In 2012, Tsou released his first picture book - "The Lead Soldier (El soldado de plomo)” - in Spain after winning the International Award for Illustration at Bologna. Tsou's reinterpretation of Danish fairytale "The Steadfast Tin Soldier” by Hans Christian Andersen examines the themes of war and peace from a fresh perspective.

Celebrated for his ability to convey a particular vision of the world through unique illustrations, Tsou believes that visual arts still have a lot of possibilities to offer, and he hopes to expand the imagination of his readers by offering views from drastically different angles.