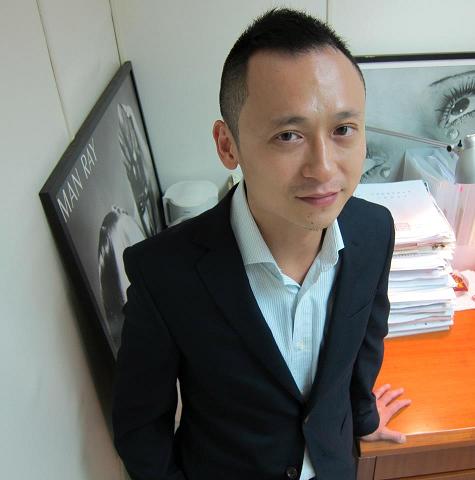 Chi Ta-wei is a novelist and literary critic best known for queer literature. His science fiction novel "Membrane (膜)" – which integrates elements from film, drama, sociology, literature, and philosophy – has become an important text in Taiwan’s queer literary scene. As the recipient of several literary prizes, Chi is also praised by the Japanese media as "Standard-bearer of Queer Light Novels."

During the early 1990s, the topic of sexuality was a taboo issue that could not be openly discussed in Taiwan society. Thus, Chi wanted to challenge the taboo and explore the concepts of sexuality and physical desires when he just started writing.

The following year, he published "Membrane." Set in a high-tech future where humans are forced to live underwater to protect themselves from UV radiation, the story revolves around an android controlled by a human brain and explores the definition of humanity and gender. The novel was later translated into French.

Chi’s latest work, "A Queer Invention in Taiwan: A History of Tongzhi Literature (同志文學史：台灣的發明)," offers theories on queer literature encompassing novels, prose, poetry, and plays in Taiwan's public history. The retrospective take on the past six decades offers a unique and comprehensive insight into queer literature in different eras of Taiwan.

Following the publication of the book in 2017, Chi has been invited to give speeches and host forums in Taiwan and abroad to share his views as well as the history of Taiwanese queer literature.

He has also been invited to join the 2018 Bangkok International Book Fair to exchange ideas about sexuality and gender issues with Thai readers.