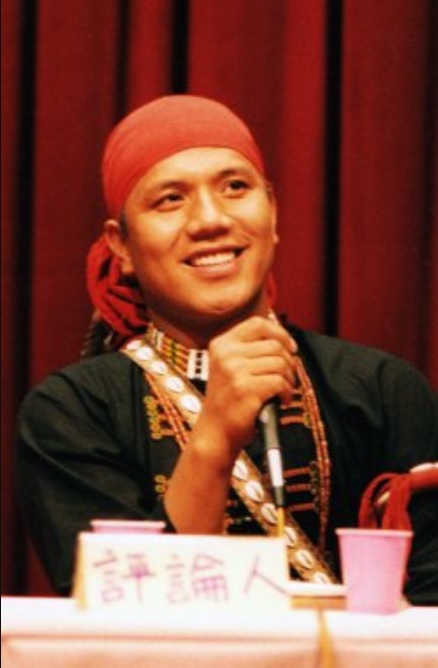 As a writer, forest patrol, and principal of a hunting school, Yaronglong Sakinu is dedicated to restoring indigenous culture and passing down Paiwan's tribal values through writing and hunting education.  He won the Wu Yung-fu Literary Prize for "The Sage Hunter," which was later translated into English and Japanese and selected by Harvard University's East Asian Language Programs for its reading list.

Lalaulan tribe, where Sakinu grew up, is an integrated Paiwan-Amis community established during the Japanese colonial era. As the minority group in this community, many Paiwan people had lost touch with their own culture and instead dressed in traditional Amis clothes and celebrated traditional Amis festivals. As a result, Paiwan traditions and identity were disappearing rapidly.

In the 1990s, Sakinu became aware of his own heritage following the emergence of Taiwan's indigenous rights movement, and vowed to restore the Paiwan culture.  He began reading books about indigenous peoples and visited different Paiwan tribes to talk to anyone who could help him learn more about Paiwan culture.

Sakinu also started hunting with his father to learn the important cultural elements of Paiwan. He later wrote about those experiences in his second book titled "The Man Who Walks with the Wind ― My Hunter Father (走風的人–我的獵人父親)," detailing how he learned the philosophy of hunting and how to maintain harmonious relations with nature through these hunting trips.

In 1997, Sakinu helped reorganize traditional Paiwan festivals to restore Paiwan traditions. In 2001, he also established a youth tribal organization to educate Paiwan youngsters on traditional culture. The next year, Sakinu returned to Lalaulan and established The Hunter School to re-establish indigenous identity.

In the Paiwan language, the word "hunter" describes not only one who hunts but also one who communicates with nature. Seeking to pass on the values and traditions of hunting culture, the school offers an extensive range of courses for young students to learn about hunting skills, wild animals, and ancestral wisdom, as well as the interdependent relations among land, people, and tribe.

Under the guidance of Sakinu, the hunting school has trained numerous students, with many of them engaging in indigenous affairs today. In addition, the school has helped several young Paiwan men regain confidence and a sense of belonging through the youth program devised by Sakinu, preventing them from going astray in life.