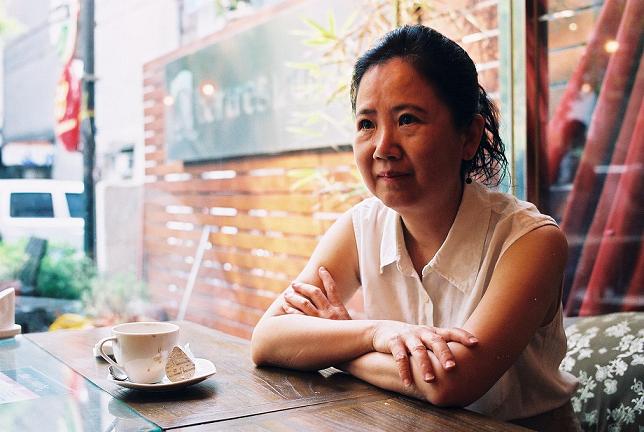 As an editor and award-winning modernist writer, Su Wei-zhen's literary works break from classical mold and provide unique insights on women through compendious writing. In addition to short stories and novels based on her personal history, Su has also published several works exploring and analyzing Eileen Chang's works from different perspectives.

Su tried her hand in writing while studying drama at the Fu Hsing Kang College in Taipei. After finishing military service in the Entertainment Battalion, she started working as an editor. In 1979, she emerged on Taiwan's literary scene with her debut novel "Accompany Him (陪他一段)."

During the 1980s, Su wrote several short stories that revolve around female characters. These short stories, which show Su's observations on Taiwan women from an objective outlook untainted by personal sentiments, were later published as a short story collection titled "The Faded Beauty (紅顏已老)."

In 1985, Su started inviting Chang to submit articles to the United Daily News Supplement, and finally received Chang's reply in 1988. The dialogues she had with Chang through these letters then became the foundation for Su to analyze Chang's novels later on.

With a deeper understanding of Chang, Su then delved into Chang's life and literary journey, publishing several essays that explore and discuss Chang's novels, Chang's influence on Taiwanese writers, and her correspondence with Chang through letters.

"Lonely Island: Eileen Chang’s Novels of Her Time in Hong Kong (1952-1955) (孤島張愛玲：追蹤張愛玲香港時小說)," for instance, reinterprets Chang's works written during her stay in Hong Kong with insight afforded to no other contemporary writers. To do so, Su visited Hong Kong, where she followed in Chang's footsteps to see Hong Kong from Chang's perspective.

Published in 2011, "Eileen Chang on Long Take – Images, Letters, Publications (長鏡頭下的張愛玲─影像、書信、出版)" is Su's creative approach to analyzing Chang and how she reflected her life through films. The book discusses scripts, including "Unending Love (不了情)" and "Long Live the Missis (太太萬歲)," on three aspects to decipher their underlying messages.

Currently working as a professor at the National Cheng Kung University, Su noted that she contemplates on the essence of being a writer and reminds herself to continue creating meaningful works.