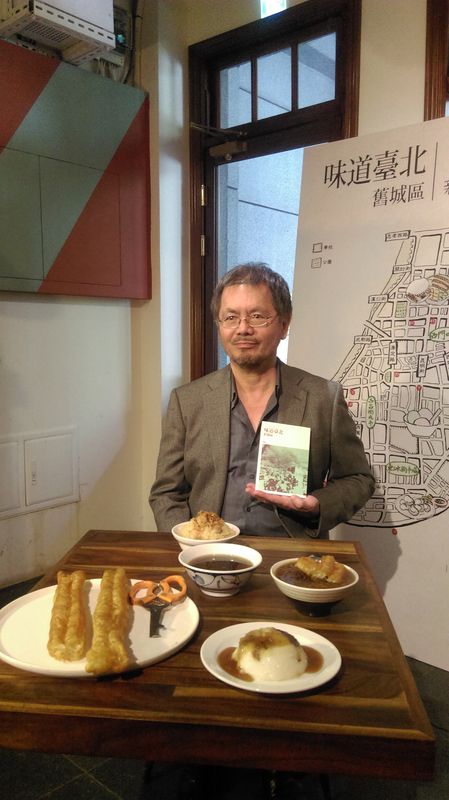 What is the taste of Taiwan? To answer this question, Jiao Tong has invested a substantial amount of work into traveling to small eateries around Taiwan, investigating the food of the common folk to write a book on the particular cuisine of Taiwan. Laughing, he comments, "I never thought it would take a decade for me to answer one question!"

A poet, writer, scholar, and literature professor, Jiao's writings, including poems, essays, and children's literature, have also been published in English, Japanese, and French editions. He has also founded a specialist publisher, 2-Fishes Publishing House, through which he has been involved in the spreading of literature for many years.

Not only has he been a dedicated proponent of food writing, Jiao has also started courses on culinary culture at colleges and founded the "Culinary Culture Research Office (飲食文化研究室)," all with the mission of studying both Chinese and Western culinary cultures, voting on the best restaurants each year, and holding seminars on culinary culture and international literature. Overall, the goal is to raise the overall aesthetic level of Taiwanese cuisine.

A specialist in the food of the ordinary people ― street snacks, or xiaochi  ― he has also served as president of the Taiwan Culinary Culture Association (台灣飲食文化協會).

Culinary culture is the shared memory of the times, and with a poet's delicate sensitivity toward the emotional side of life, Jiao has pursued the true meaning of what food represents to people and the place that it holds in the nation's collective memories. He is also an eager promoter of correct dietary concepts and positive culinary aesthetics, publishing one heart-warming work after another as he continues to live up to the title of "Godfather of Food Writing."