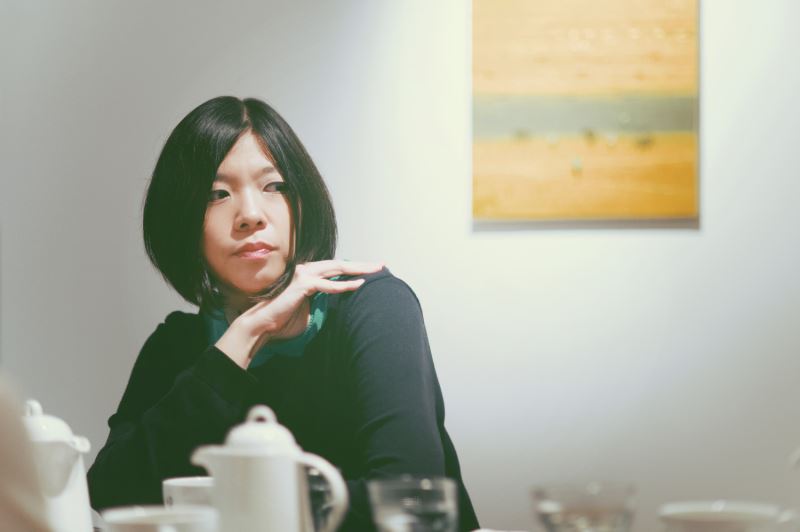 A philosophy graduate from National Cheng Chi University, Sabrina Huang has been honored for her short stories with jury prizes from both China Times and United Daily News, as well as the top prize in the Lin Rung-San Literary Awards.

In March 2018, French publisher Magellan & Cie released "Nouvelles de Taiwan," a collection of works from six Taiwanese writers, including Huang's "Food Tasting (試菜)." Huang was also invited to attend a book signing and other activities around the release in Paris.

One of the hallmarks of Huang's writing is its precision and craftsmanship. She readily admits that she is very careful with her use of words, to the point that a 500-character piece can take some three days to complete, and the end result is rarely something that can be casually skimmed through. She often twists the original meanings of idioms and phrases, taking ones that would normally be used to describe people and using them to describe objects, something she attributes to her "crafty" personality.

Huang's short stories and her essays differ significantly in style, and she feels that the two should be kept quite distinct from one another. As someone who is admittedly very circumspect in everything she does, she strives to keep even the time she uses for writing essays and short stories separate so as to not let the two interfere with one another.

Her essays are records of things she knows, things that have happened to her or people around her; her short stories, meanwhile, let her imagination run free by writing about things people really shouldn't do in the real world.

Writing isn't the center of Huang’s life. She considers writing an elegant, socially acceptable way to complain about the world, but she has also said that writing is something that one cannot lose oneself to, because to lose oneself is to give up, and she applies this same philosophy to all aspects of her life.