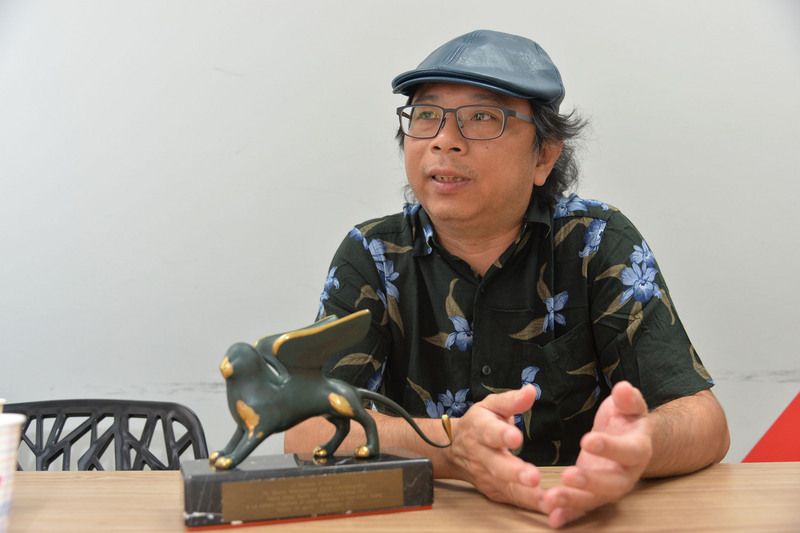 Hsin-chien Huang is a creator with technological finesse and an artist's eye. After graduating from college in Taiwan with a degree in mechanical engineering, he went on to earn a bachelor's degree in product design from the Art Center College of Design in Pasadena, following that up with a master's degree from the Institute of Design at Chicago’s Illinois Institute of Technology.

Huang's works combine digital technology with traditional art. He has worked with pioneering American media artist Laurie Anderson on several occasions, and previously served as art director for Sony and Sega, earning a number of international awards for multimedia design.

After returning to Taiwan in 2001, Huang started Storynest, working in artistic creation and commercial design, as well as taking on a position as a resident artist at Chinese Culture University and teaching digital media and design at several universities.

Storynest is a design team led by Huang. They work to create stories, digital prints, website art, digital music, and interactive installations. The team makes use of digital technology to transform traditional art forms like photography, storytelling, music, and video into something utterly different.

In 2017, Huang again joined forces with US artist Anderson on "La Camera Insabbiata (Chalk Room)﻿," which received the Best VR Experience award at 74th Venice Film Festival, the first year that the festival held a VR competition. The elaborate project subsequently went on exhibition at the Taipei Fine Arts Museum.

"La Camera Insabbiata" is a VR experience constructed from eight rooms assembled in an abstract and three-dimensional way, challenging viewers' perceptions of time, space, and the senses. Through a visualized handheld device, the piece enables viewers to fly through a constantly reassembling infinite space of images, words, symbols, sounds, and memories.

In the award-winning project, a dusted blackboard is used as a metaphor for the scattered remnants of human memory as it explores the Tibetan Buddhist concept of bardo, a liminal state between death and rebirth that lasts 49 days, during which consciousness and memory are dissipated throughout the universe.

Huang believes that artistic creation has both a solemn, thoughtful level and a more freeform side, meaning that he is also happy to work with mass entertainment. Apart from delving into technological art and related educational programs since returning to Taiwan, Huang has also produced new-media lighting and sound effects for concerts by artists including Jay Chou, Wakin Chau, Jonathan Lee, and Jody Chiang.

Honors that Huang has received include the Grand Prize in New Voices, New Visions; the American Association of Museums' Muse Award; the Pride of Taiwan, from the Office of the President; and the Most Popular and Artistic Creation Awards at the Ministry of Culture's Public Art Awards.