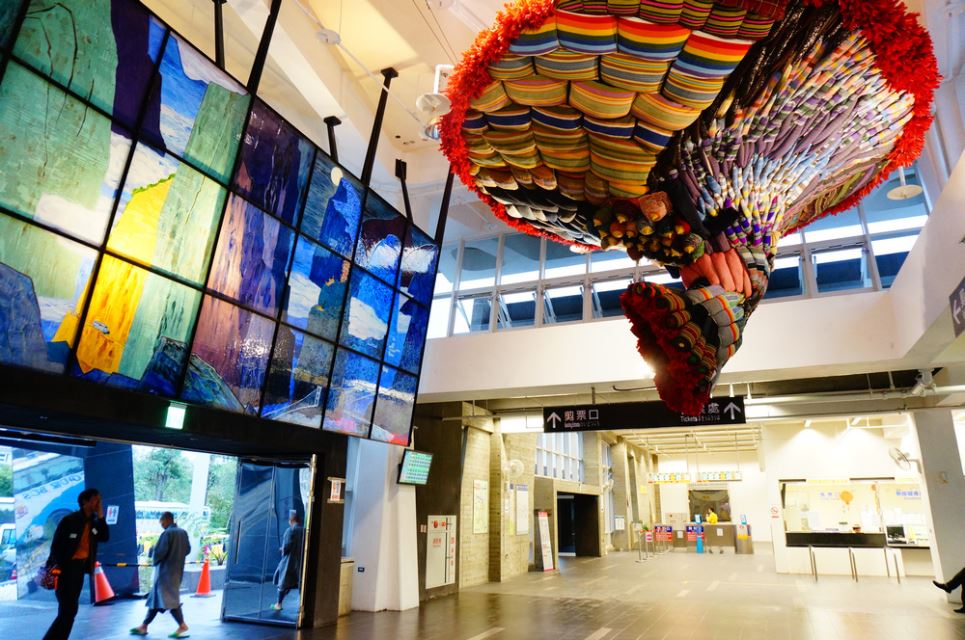 Born to a Truku father and Han Chinese mother, Labay Eyong is a contemporary weaver and installation artist from Taiwan. She previously worked as a craft lecturer in her hometown and as a contracted designer of the Metal Industries Research and Development Centre after earning a bachelor's degree from the Department of Applied Arts at Fu-Jen Catholic University.

In 2006, Labay pursued further studies at the School of Design of the Autonomous University of Barcelona in 2008. During her stay in Spain, she joined the artist-in-residency program of Poble Espanyol to develop art projects.

After returning to Taiwan, Labay established an art studio in Dahdah, the tribe where she grew up in Hualien. Meanwhile, she also created artworks in the Hualien-based Fire Studio (升火工作室). Labay's art creations encompass metalwork, soft sculptures, installation art, and public art. In her artistic journey, she explores the traditional weaving techniques of the Truku, creating a series of works dedicated to indigenous cultures.

In 2008, Labay held a joint exhibition titled "Bubu's Closet." Taking inspiration from her grandmother's closet, the exhibition won the top prize of the "Hometown Entrepreneur Program." In 2011, she published "Tminum Pdsun (Dowry)," a book that documents the stories of eight elderly ladies from the Truku and Bunun tribes who still weave with traditional floor-based handloom machines.

For such sentiments and collective memories of indigenous women are what speak to Labay's heart, and in response, she fulfills her destiny as a female member of the Truku tribe and re-traces her roots by practicing and celebrating the traditional art of weaving in the context of contemporary arts.

"Yaku Kuyuh (I’m a Woman)," a visual series created in 2014, illustrated images of modern women by incorporating weaving and soft, tactile sculptures. Later on, she invited 30 weavers from the Truku, Seediq, and Atayal indigenous groups to collaborate on a public art project. Titled "Elug Tminum (The Road of Weaving)," the grand piece was completed in 2015 and is now located at the Xincheng Train Station in Hualien.

Lebay also made a documentary titled "Nii Nami (We Are Here)" the same year. From a female perspective, the film presents the history of indigenous groups who used to dwell in the mountains but were forced to relocate, telling stories in a way like how indigenous elders once wove fibers into textiles to take viewers from younger generations into the forest and down the past.

Lebay, along with several other artists, also participated in the Taiwan Focus program of the YIRRAMBOI Festival held in Australia this year to share the creativity and aesthetics of Taiwan’s indigenous peoples with their First Nations counterparts. Her creations, which are free from the limitations of materials and forms and hover between tradition and modernity, make her one of the most promising female artists in Taiwan today.