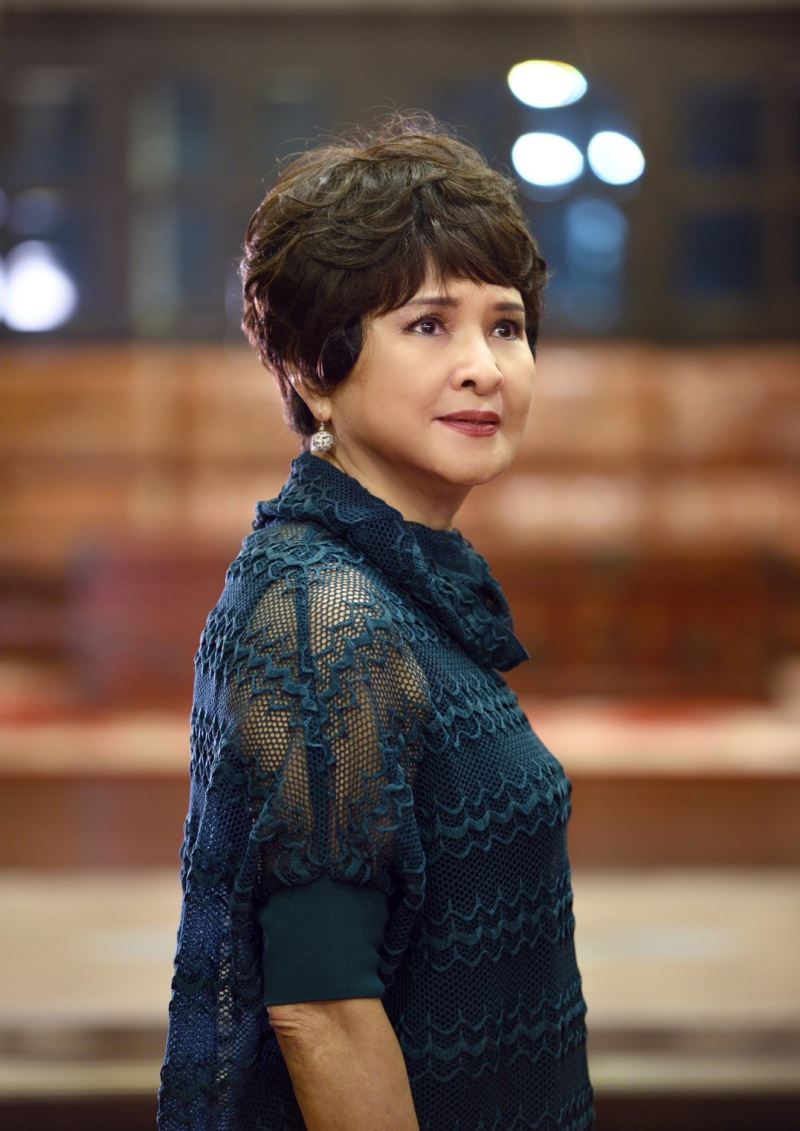 At both the forefront of change and critical to the preservation of koa-á-hì, or Taiwanese opera, Wang Jin-ying refuses to let preservation and culture take a back seat. She led a group of young Taiwanese opera actors to bring her life stories as an actor to stage, while preserving an important piece of Taiwanese heritage that is known for its vivacious performance styles.


Wang, whose real name is Wang Jen-hsin (王仁心), has a distinctive koa-á-hì career that spanned decades. It all began when she was tapped as replacement for a role at the age of six. The Changhua-born artist toured with a troupe of performers that sold medicine after she graduated from elementary school, witnessing the demise of Taiwanese opera as she grew up.

Among her fellow artists, Wang stood out with the beauty and opulence of her voice and was recruited by a Taichung-based radio station at the age of 17. The veteran actor soared to great fame before long. Under her stage name "kitten," Wang released one album after another representing Taiwanese opera, which brought her great success in the nation and Southeast Asia.

After a short break from the stage, Wang relaunched her career by performing together with late Taiwanese opera actor Liu Ching (柳青). With the guidance from director Chen Tsung-ming (陳聰明) and action coach Lu Chin-hu (呂金虎), the artist managed to make up for her lack of experience performing dedicate poses and gestures and once again, found legions of fans. Her works, including "The Love Eterne (梁山伯與祝英台)" and "Romance of the Western Bower (西廂記)," received favorable ratings.

In 1991, Wang began to shine on the stage of the modern theater, tackling numerous classic characters in a seamless and vivid manner. Her representative works include a respected empress in "Autumn Ode-The Royal Elegy (秋風辭)," a modern-day diligent woman in "Taiwan, My Mother Land (台灣我的母親)," and another venomous character in "Repentance of Imperial Liang (梁皇寶懺)."

Grateful for Liu's appreciation of her talent, Wang never left the troupe and later served as its artistic director. During her eight years as a lecturer at the National Taiwan College of Performing Arts, Wang mentored a new generation to carry on her torch. She then released her production of "Bloom of Dew (露水開花-賣藥仔團的江湖故事)" in 2018.

The 74-year-old said "Bloom of Dew" itself is more of cultural significance than a production of creativity. What drove her to produce the show is to perpetuate the shared but fading memories of how local medicine-peddling was inserted into Taiwanese opera in the late 1950s. The artist also wants to cast light on how the art form was on the verge of demise when the popularity of radio and television programs was on the rise.

In recognition to her long-term dedication of giving the nation's intangible heritage the exposure it so deserves, Wang was bestowed the title of "National Living Treasure" by the Ministry of Culture after being named an "Important Traditional Performing Arts" preserver of Taiwanese opera in January 2020.