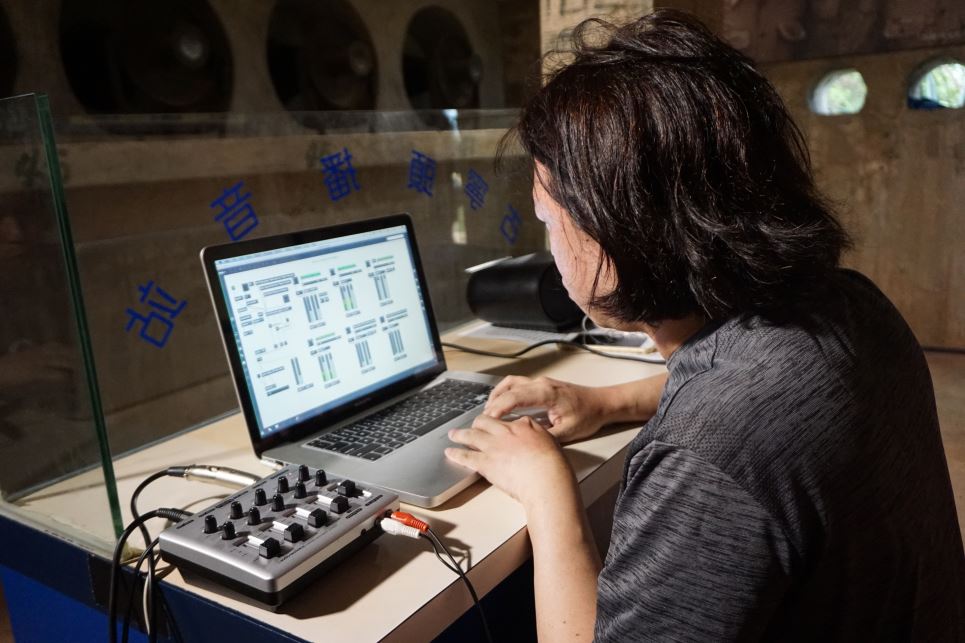 Name: 王福瑞
Born: 1969
Place of Birth: Taipei
Did You Know...?
Wang Fu-jui (王福瑞) plays no instruments and was a student of statistics at National Chengchi University, but a love for listening to music gave him the idea to become a sound artist.


Wang Fu-jui was an important part of Taiwanese avant-garde digital and sound art in its early days, both as an artist and as a curator. He helped lead Taiwan into the new realm of sound art, and in 1993, his pioneering work resulted in the founding of Taiwan's first experimental music label and publication, "Noise," as well as the release of a collection of pieces by Taiwanese and international noise creators entitled "Noisenet."

Studying computer engineering in San Francisco in 1995, Wang was surrounded by creators of experimental music and sound art, accumulating ideas and techniques involved in them. After returning to Taiwan, he began curating several exhibitions and events, including the TransSonic Sound Art Festival and the Taipei Digital Art Festival.

Wang usually draws inspiration from everyday life, listening to the sounds around him everywhere and recording his experiences or transforming them into works of sound. His 2010 piece "Moving Sound Forest" saw 1,000 small speakers installed in the exhibition space, each using a chip to produce noise and become a "sound point." Combined with the lighting, the exhibition space was transformed into a distinctive soundscape that was both visually and aurally stimulating. For his 2012 piece "Perceived Soundscape," Wang recorded his daily commute on the Taipei Metro, condensing over 100 days worth of recording into a single track to showcase the common sounds of everyday life that people tend to overlook.

His creations have been widely exhibited both at home and abroad, including at the Venice Biennale; Berlin's Transmediale; Ars Electronica Center in Linz, Austria; the Queens Museum in New York; and the ZKM | Center for Art and Media in Karlsruhe, Germany. In 2000, he joined ET@T, one of Taiwan's few groups focused on interactive experimental works, with whom he has actively worked to promote sound art in Taiwan. 2011 saw Wang work with artist Lu Yi to found Soundwatch Studio, with the two working to create sound pieces for electronic installations presented at a diverse array of live performances, exhibitions, and workshops. And in January 2017, Taipei's DigiLog Sound Laboratory hosted the studio's first exhibition, "Sound x Objects."

Of course, behind all this spectacular accomplishment is plenty of hard work. Twenty years ago, Taiwan had essentially no idea what sound art was. Wang had to put up the money for events himself and use his own sound system, all motivated by the simple drive to share his musical creations. From Taiwan to the world, Wang has gone from a listener to a creator and organizer, and to this day he remains as passionate as ever about sound, seeking out new and unusual possibilities amid his daily life and creating new listening experiences.