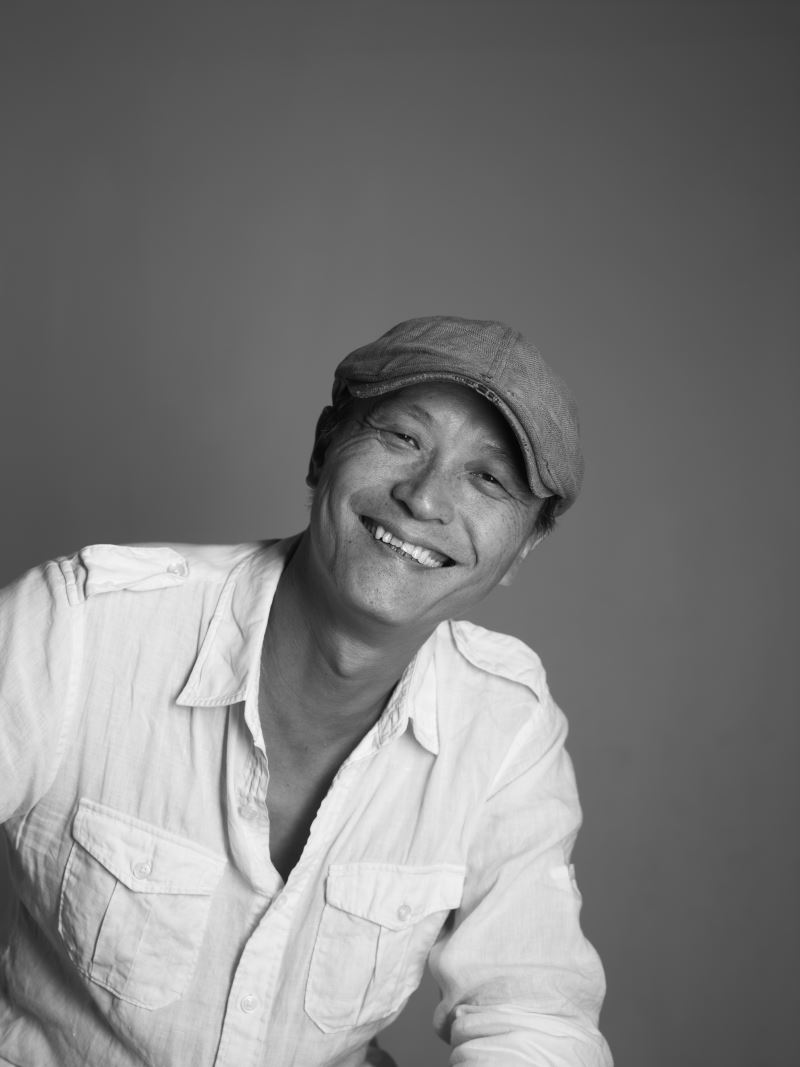 Chinese Name: 王榮裕
Date of Birth: 1960
Place of Birth: Taichung, Taiwan
Did You Know?
Wang Rongyu, the founder of Golden Bough Theatre, has studied the art of modern theatre with Lanlin Theatre Troupe and U-Theatre. His creative works incorporate the spirit of Taiwanese folk opera, which he inherited from his mother, Hsueh Yue-hsia (謝月霞). In 2021, Wang Rong-yu was honored in the Theatre category of the 22nd National Award for Arts.

Wang Rong-yu was born into a folk opera family. His mother, Hsieh Yue-hsia, was a well-known early vocalist, and so he was fascinated by Taiwanese theatre from an early age. Despite this, he didn’t start his career in the theatre. After completing his national service, Wang actually found work with a computer company. It wasn’t until the age of 28 that he finally took part in the recruitment examination for Lanlin Theatre Troupe, successfully entering the troupe and being taken under the wing of Loi Rou-yu (劉若瑀). In 1988, Loi and a group of his students founded U-Theatre. It was at this time that Wang left his job and became a full-time member of the troupe, with the member's referring to him as "second brother." In the past, Wang says, he thought making a living off of art was something incomprehensible, but in his 30s, he finally came to realize that koa-a-hi opera was an art form that could truly represent Taiwan and that his mother was a national treasure.

In 1993, he founded Golden Bough Theatre, using a uniquely Taiwanese performance aesthetic and operatic style to refine folk customs and local cultural identity. His mother, Hsueh Yue-hsia, took on the roles of art director, drama teacher, and more, contributing a great deal to the young troupe. Wang has absorbed the essence of folk opera from his mother and integrated his own explorations of modern theatre to create a distinctive form of theatre that uses Taiwanese culture as its foundation, with a local flavor and reflecting the vitality of Taiwanese folk culture and aesthetics. Through this, he has forged a form that is clearly differentiated from Western theatre, with shows rich with unique grassroots charm and wild stage energy.

In 1996, Wang Rong-yu wrote "Taiwan Opera: The Female Robin Hood—Pai Hsiao Lan (胡撇仔戲—臺灣女俠白小蘭)." Based on his mother's experience, he had the story of an actor in a koa-a-hi troupe play out on the bed of a truck. In “Matinee in the Rain,” Wang took a more courageous approach, touching on family conflicts between him and his mother. In the play, it is said that his mother was sold to a theatre troupe at the age of five and was forced to marry his father at the age of fifteen. While she was tremendously successful on the stage, off it, she had led a life with little control over her own fate.

Since 1997, not only has Golden Bough been selected as an excellent performing arts troupe by the Ministry of Culture every year, but it has also been the only troupe in Taiwan to win the National Culture and Arts Foundation’s Pursuit of Excellence in Performing Arts award in three consecutive years. In 2015, he was awarded the Distinguished Contribution Award for the Promotion of Local Languages award by the Ministry of Education. Since 2009, Golden Bough Theatre has held the "Golden Bough Theatre—Beautiful Taiwan (金枝走演．美麗台灣)" nationwide tour project, revitalizing the itinerant spirit of theatre troupes of old and putting on spectacular free shows in rural towns up and down the island, creating happy memories with audiences and hoping to sow the seeds of artistic regrowth across the land. Demonstrating both roots in the local culture and a drive to continue learning from it, Golden Bough Theatre truly is a group of performers whom both live on and make a living from this land. For more than 20 years, Wang Rong-yu has been committed to his belief that the most moving forms of culture are the ones that grow from the local earth, tending to a unique blossom of art as it springs forth from Mother Earth.

Also of note is Wang’s contribution to one of Cloud Gate’s iconic shows, 1994's "Songs of the Wanderers (流浪者之歌)," choreographed by Lin Hwai-Min (林懷民). Throughout this 90-minute performance, a monk stands in one corner of the stage, hands clasped and oblivious to his surroundings, as a rain of golden rice showers down on his head, piling up around his feet. Throughout the more than 200 performances of this show over 19 years of touring and being performed in countries around the world, this monk has been portrayed by Wang Rong-yu.

Since the 1990s, Wang Rongyu has engaged with society through his actions, aiming to expand the horizons of public theatrical performance issues and the many possibilities of performance spaces. He has been an important participant in and promoter of contemporary Taiwanese theatre. In 2021, Wang Rong-yu was honored in the Theatre category of the 22nd National Award for Arts. From epic environmental theatre, through homegrown Taiwanese musical theatre, to a cultural movement that promotes local drama in Taiwan, Wang Rong-yu has been invaluable in transforming the theatre into a cultural field with unlimited possibilities.