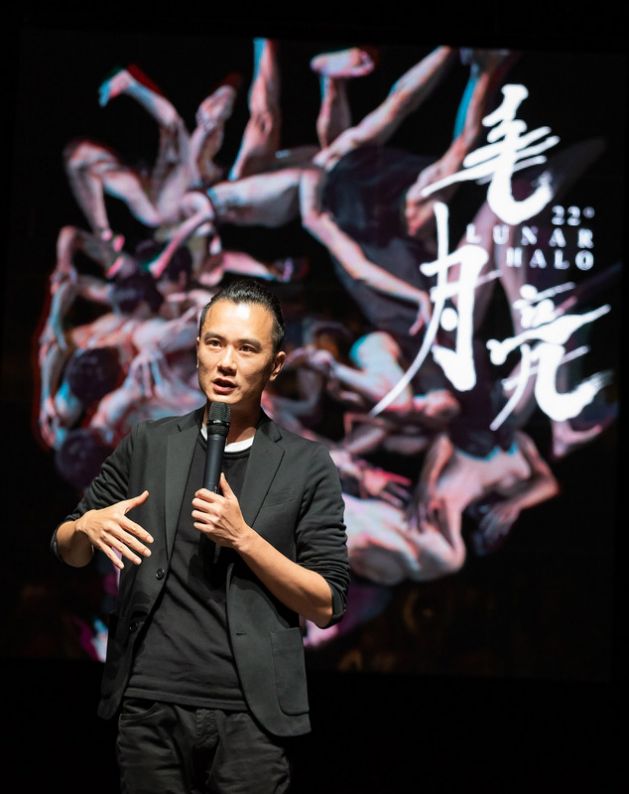 Cheng Tsung-lung is a contemporary choreographer whose works often take inspiration from his childhood and adolescent life. Cheng has choreographed a number of pieces for Cloud Gate 2 since 2006, and began serving as its artistic director in 2014. Cheng was selected the top artist of 2011 by the Taiwan-based Performing Arts Review magazine.

Growing up in Wanhua District near Lungshan Temple (龍山寺), Cheng had spent a good portion of his childhood peddling slippers with his family on the streets. Dynamic street formations such as "Din Tao (leader of the parade)” in temple festivals later became source materials for his choreographic works.

Cheng started dancing when he was eight years old and eventually enrolled in Taipei National University of the Arts to study dance. He then joined Cloud Gate Dance Theatre in 2002 as a dancer and performed in iconic productions including "Cursive (行草),” "Legacy (薪傳),” and "Moon Water (水月).”

Cheng soon had to give up his career as a dancer due to a spinal injury sustained during mandatory military service. However, with encouragement from Cloud Gate dancer and choreographer Lo Man-fei (羅曼菲), who saw the young man's potential in choreography, Cheng decided to change his career path.

"Dorian Gray (杜連魁),” one of the pieces that debuted in the "Spring Riot (春鬥)” program launched by Cloud Gate 2 in 2014, is a work inspired by Oscar Wilde's eponymous novel. Deeply drawn to the book, Cheng presents morality and desire through dance that took inspiration from the body movements of Taiwanese religious rituals.

In 2016, Cheng transformed the tale "13 Tongues (十三聲)” told by his mother into a performance. "13 Tongues” tells of a legendary street artist in Wanhua District who could play diverse male, female, young, and elderly roles by singing in thirteen different styles.

A collaboration with noted composer Lim Giong (林強) and theater director Tsai Pao-chang (蔡柏璋), "13 Tongues” overturns conventional impressions of electronic music and contemporary dance. The temple culture, street vendors, and residents of the oldest district of Taipei are presented through this dynamic performance.