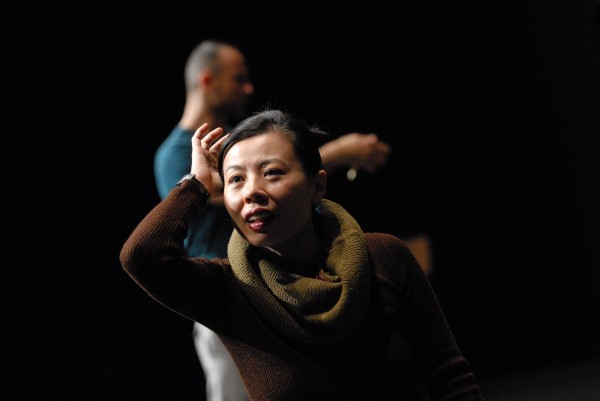 Thousands of theatergoers have enjoyed the relentless pace of 'Swan Song” (Schwanengesang), an original dance choreographed by Taiwanese artist Lin Mei-hong and presented by the Tanztheatre of the Staatstheater Darmstadt of Germany.

'Swan Song” spins on the longing, illusion, suffering, madness, and depression of a man who had lost his wife. It is dark and moody, at times humorous, but always original in elements, musicality, and raw emotions.

It is such daringness and non-fettered expression of ideals that characterize Lin and her works. Currently in her 50s, Lin is often praised as one of the two foremost impressive choreographers from Taiwan; the other one being Lin Hwai-min (林懷民), founder and artistic director of Cloud Gate Dance Theatre.

Journey of solitude and passion

Born in Yilan in northeastern Taiwan in 1959, Lin and her three sisters were enrolled in ballet and piano classes during childhood, but she was the only one who persisted.

After five years of dancing, she knew she wanted to become a choreographer. She joined a celebrated Yilan-based dance troupe — Lan Yang Dancers — to learn classical Chinese dance and became part of performance tours at a very early age.

At the age of 16, Lin left Yilan to attend the Accademia Nazionale di Danza in Rome. She was among the first group of young artists in Taiwan to go to Europe to study dance, and she noted that solitude helped her choreograph later on.

After six years in Rome, when Lin was about to leave that country and return to Taiwan, she watched a performance spearheaded by renowned German artist Pina Bausch and went through what she described as "a soul-shaking experience.” She immediately gave her mother a call and said she needed more time on foreign soil.

Recalling the first few months studying under Bausch at the Folkwang Hochschule in Essen, Lin said the training was like a torture. She was told to forget what she learned and to start all over again.

With Bausch, she realized that a choreographer had to be open to the world, to have no preconceptions, and to listen to her heart. She learned to think in a totally different way, and that was "the biggest gift from Bausch.”

With a storied history dating back to 1817, the Staatstheater Darmstadt is one of today's leading theaters based in the German state of Hess. In her dance theater, 14 out of the 16 are non-German dancers. Lin also works as a freelance choreographer in Spain, France, and Austria when she is not working in the German theater system.

At the dance theatre of the Staatstheater Darmstadt, Lin has to create two to three full-evening productions every year. Although it was tough at the start, she said the inspiration for her creations comes from what affects her in daily life and she wants to share these with her audiences.

The choreographer also breaks away from traditional Asian modesty by presenting fast-paced dance movements and having her dancers shout or scream instead of just "speaking lines” during a dance production.