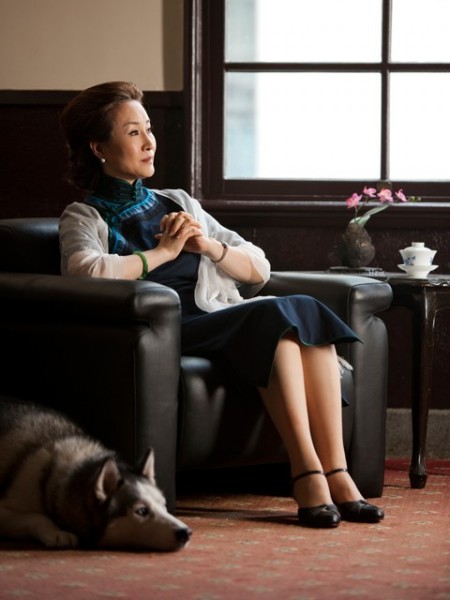 Recently photographed dressed in a suit and wearing a tie, a gentleman's hat, and a pair of solid gold eyeglass frames, Wei Hai-min, the most renowned Peking opera diva of Taiwan, bears little resemblance to Ching I (青衣), her usual female role on stage.

She plays the most graceful drunk in "The Drunken Concubine(貴妃醉酒),” a shrewish and capable woman in "Wang Shi-fong: The Most Scheming Woman in Dreams of the Red Chamber(王熙鳳大鬧寧國府),” and the unforgettable Lady Macbeth in "The Kingdom of Desire(慾望城國).” And that is just a small part of her innovative Peking opera career that spans more than 40 years.

Ching I, a Chinese ideal

Born in 1957, Wei is the youngest of three daughters. Her father's playing of the huqin (胡琴), a traditional Chinese string instrument, and his singing of lines from Peking opera gave her an early encounter with the art form. Hailing from a poor family, she joined the Haiguang Chinese Opera School for a free education in 1969, receiving harsh, disciplined training before being chosen to play the coveted Ching I roles.

A Ching I actress is a lady of good and sympathetic character whose singing is of pure, high-pitched quality. Usually of a quiet, gentle disposition and endowed with graceful movements, she is the Chinese ideal of a beautiful woman.

To play the role of Ching I well, Ching I actresses learn to paint, arrange flowers, and surround themselves with beautiful things. Wei never allows herself to look sloppy or unkempt; whether she is on or off stage, she always appears immaculately dressed.

But those who are close to Wei say that the actress is actually outspoken, open-minded, straightforward, and not the least like the shy and melancholy women portrayed in traditional Peking opera.

Wei is generally considered to have a warm, yet penetrating voice. She was a household name in the 1980s and won many prominent awards in the field of Peking opera. She received the Plum Flower Award, the highest honor for Peking opera artists in China in 1996, and was the recipient of Taiwan's highest artistic honor — the National Award for Arts in 2007.

Characters of flesh and blood

Despite her fame, Wei still holds high expectations for herself. Moreover, she has made a true artist of herself by consistently taking on challenging roles that go against her Ching I training.

Twenty years ago, she played Lady Macbeth in "The Kingdom of Desire,” a creation of the Contemporary Legend Theatre of Taiwan, which fused Shakespeare's thick plot with the mise-en-scene of Peking opera. Her unpredictability and dramatic use of body and facial language marked a great departure from her usual gentle onstage presence.

The opera has toured extensively in the United States and Europe, and the Royal National Theatre in the United Kingdom invited the Contemporary Legend Theater to perform "The Kingdom of Desire” (慾望城國) in Stratford-upon-Avon, where Wei was dubbed 'the most beautiful Lady Macbeth' in 1990.

The year 2006 saw Wei play the tormented female lead Cao Chi-chiao (曹七巧) in the "Golden Cangue” (金鎖記), an adaptation of a novel by the late Chinese author Eileen Chang (張愛玲). According to Wei, this was the most difficult role she has ever portrayed, as the female lead undergoes an astonishing transformation from naïve and wanting of love, to taking vicious pleasure in others' misery.

In 2009, she worked with American playwright Robert Wilson on "Orlando” (歐蘭朵), a production based on Virginia Woolf ‘s eponymous novel that showed a completely different side of Wei. Playing an androgynous character drew criticism from some traditional Peking opera viewers, but Wei was unmoved, noting that performers need to know how to play more than one gender.

Today, more than forty years have past since she first appeared on public stage; yet Wei remains an actress who will never stopreinventing herself bypushing the boundaries of traditional female Peking opera roles. 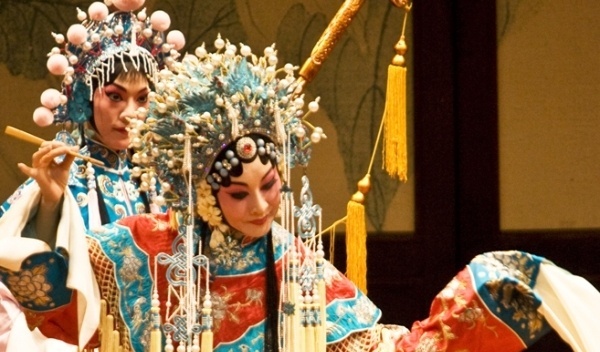