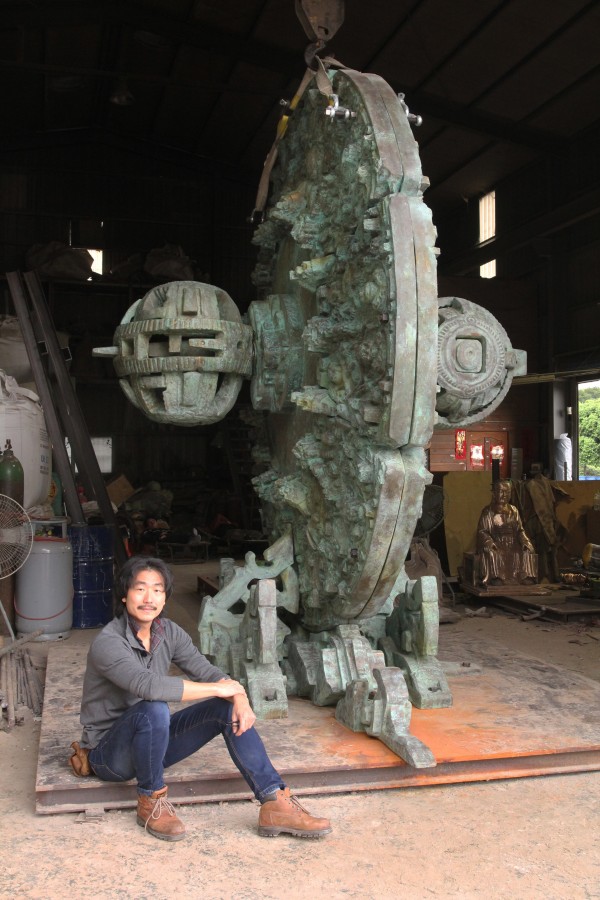 Tu Wei-cheng is an unconventional artist in Taiwan's contemporary art scene whose works span sculptures, visual arts, photographs, and large installations. Tu's works often contain elements of inception that question and explore relations between the old and the new; traditionalism and modernism; authenticity and duplicity; as well as art and commercialism.

Tu described himself as parochial before he became a career artist. In his early academic years, Tu didn't perform well and often skipped school. The only thing he enjoyed doing was painting, and this interest led him to study fine arts at the Chinese Culture University.

Tu's career as a teacher at Fu-Hsin Trade and Arts School lasted until 1999, when he had to sign a critical condition notice for his son who was only 6 months old at that time. The incident made him determined to do something meaningful in his life - to create art.

Tu then quit his job and became a student at Tainan National University of the Arts. During his academic year there, he started the project of "Bu Num Civilization Site (卜湳文明遺跡)” in 2000, creating a large excavation site and a series of fictitious cultural relics based on modern items such as the remote control, mouse, and computer mainboard to reflect his observations on global trends.

The large-scale project of "Bu Num Civilization Site” showed Tu's creativity and his intention to reinterpret the concept of space while questioning the meaning of human civilization. He had not merely presented his aesthetics through his creation, but gave it elements of performance arts by making the whole site a caricature of modern culture.

In recent years, he has also created the "Confucius Series (孔夫子系列),” "Human Measurement, Ancient Art (人體環境測量),” "Emperors Treasure Chest of the City (城市影像多寶閣系列),” and "Image Bank - A Section of the Environment & Treasure Hunting (影像銀行尋寶遊戲).” Each installment reflects his thoughts in a different stage of life, explores his ongoing relations with art, and is shaped by the circumstances of a different time.

Quoting the late artist Read Lee (李德), "An artist should have the mind of a philosopher, hands of a craftsmen, and heart of a poet,” Tu describes himself as an "artist craftsman” who will continue to take on multiple roles through the creation of art.