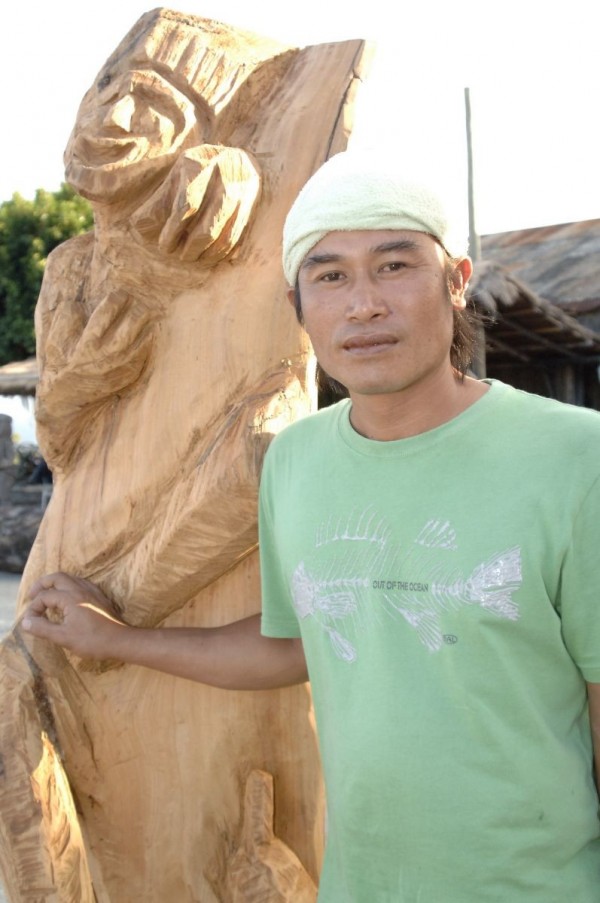 Siki Sufin, an Amis wood-carving artist and founder of the Dulan Mountain Theatre (都蘭山劇團), has been striving for the preservation of the E'tolan community's history and culture through visual and performance art. His efforts have helped younger generations of the tribe embrace their Amis heritage and drawn public attention to Taiwan's indigenous cultures.

Like many other young tribe members during the 1980s and 1990s, Siki moved to Taipei in pursue of more work opportunities. However, his indigenous heritage attracted a fair amount of social discrimination and an identity crisis spurred his return home in pursuit of self rediscovery.

After returning to Taitung's Atolan village, Siki devoted himself to studying tribal history and culture while learning wood-carving techniques from different local studios. Inspired by the legends and mythology passed down for generations, Siki gradually developed a personal artistic style that incorporated symbolic elements to present the Amis culture.

Siki's wood-carving crafts focus on the angle and direction of each cut instead of relying on polished and exquisite decorations. Siki believes that this allows each piece of wood to shine with its natural characteristics and sheen, which can better direct attention to the elements that symbolize his indigenous heritage.

One significant work by Siki is known as the "Wings of Takasago (高砂的翅膀).” The sculpture was created for a particular group of Taiwanese aborigines, known as the Takasago Volunteers (高砂義勇軍), who sacrificed their lives during World War II while fighting in New Guinea and the Philippines.

Taking inspiration from Amis mythology, which says if a tribe member dies in a foreign land, ancestral spirits would bless the dead with a pair of wings that would take him or her home, Siki created a wooden soldier sculpture with a pair of soaring wings. "Wings of Takasago” hopes to bring the spirits of lost soldiers home and call attention to a forgotten piece of history.

Siki not only preserves Amis legends through wooden sculptures, he also retells significant tribal stories and legends through the Dulan Mountain Theatre. Their productions have facilitated contemporary awareness of their identity and history, and helped younger generations embrace their Amis heritage.

Through his wooden sculptures, which have been showcased in numerous exhibitions in Taiwan and overseas, and the Dulan Mountain Theatre, which have staged their performances in festivals based in Paris and New York, Siki moves steadily to share the stories of the Amis tribe with more people.