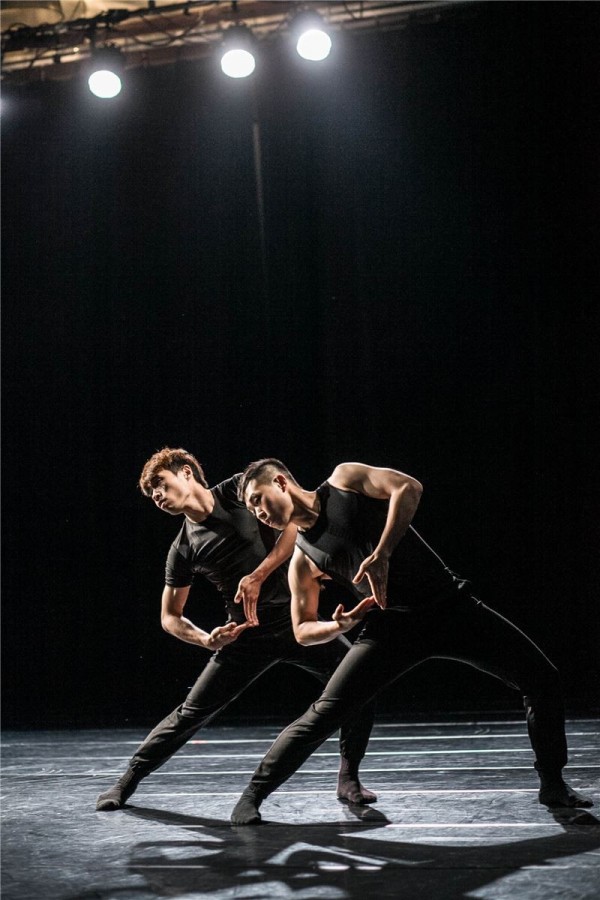 Benson Tsai is a Taiwanese choreographer and founder of contemporary dance group B. Dance (丞舞製作團隊). He is widely seen as one of the most promising young choreographers in the world, having earned accolades from Denmark, Germany, Italy, Spain, Switzerland, Israel, and the United States.

After graduating from Taipei National University of the Arts, Tsai started his career as a choreographer in 2006. For the next six years, he danced in New York while choreographing for the "Dance Shoe” series launched by the Kaohsiung City Ballet (高雄城市芭蕾舞團) in southern Taiwan. In 2010, he was selected as a Taiwanese representative for the International Young Choreographer Project.

"Floating Flowers” is a 10-minute solo/duet work performed by two dancers acting as one, with one dancer standing to support another dancer sitting on his shoulders. The performance was highly praised by Eric Gauthier, the artistic director of Gauthier Dance, and won the Gauthier Dance and Stuttgart Theater Production Award at the 2014 Hannover International Competition for Choreographers.

Tsai was thus invited by Gauthier to direct a Gauthier Dance performance and present a European version of "Floating Flowers.” Around this time, Tsai also formed his own group - B. Dance - and brought "Floating Flowers” to international festivals such as 20th MASDANZA in Spain, where he won the Audience Prize for Best Choreography.

In 2015, Tsai decided to produce a full-length version of "Floating Flowers” as the debut piece of B. Dance. The 60-minute group version was unveiled in Taiwan and performed by eight dancers to present five stages of life. As Tsai believes dance originates from life, he allowed dancers to discover their own bodies and add spontaneous movements to the performance.

Now in his late 20s, Tsai continues to transform his life experiences into choreographic works and aims to cultivate young dancers through his dance group. His next major stop is Romania, where Tsai will be joining the Sibiu International Theatre Festival in 2017 and meet artists from over 70 countries.