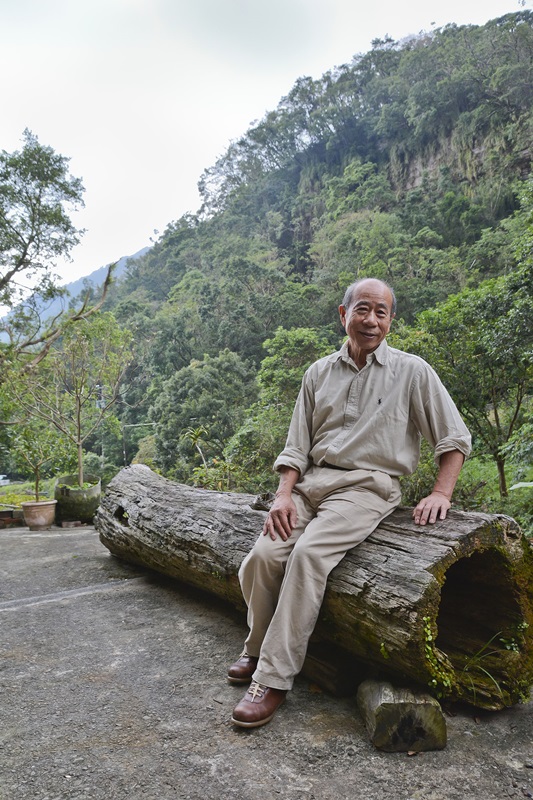 A-Sun Wu is a world traveler and a Taiwanese artist whose paintings and sculptures are notable for their primordial and abstract style. He was inducted by the French Ministry of Culture as a Knight of theOrder ofArts and Letters for his artistic achievements in 1988.

Born to a family of farmers, Wu left his hometown at the age of nineteen with the hope of becoming famous one day. While studying at TamKang High School in Taipei, Wu met his fine arts teacher, Chen Ching-huei (陳敬輝), who helped Wu find his calling. During his years as an arts major at the National Taiwan Normal University, he represented Taiwan thrice at the São Paulo Art Biennial.

From 1971 to 1977, Wu received a Master degree in Fine Arts from the RoyalAcademyof Fine Arts ofSan Fernando in Madrid, and went on to pursue an art career in New York. He also began to travel more frequently and widely.

In 1979, Wu traveled to Africa, the Amazon Forest in Brazil, and Papua New Guinea to re-discover himself. Deeply inspired by the indigenous cultures he met along the way, Wu began to create geometric paintings with the colors red, black, and white, which respectively reflect vitality, power, and peace.

In 1992, Wu opened an art studio in Paris, and rose to fame in 1998. Since then, Wu has held numerous exhibitions across Europe and Asia, and counts the Wu San-lien Literary Prize, National Sun Yat-sen Literary Award, and National Award for Arts among his accolades.

Wu was diagnosed with cancer a few years later. After recovering from surgery, Wu wasted no time creating art after understanding that one's time is limited. He believes that "an artist is just like an athlete; after joining regional competitions, he has to join the Asian Games, and then the Olympics.”

Now in his 70s, Wu remains active in Taiwan's literary and artistic communities. Though he is an internationally renowned artist, he wants to continue to paint, create, and explore until his time comes.