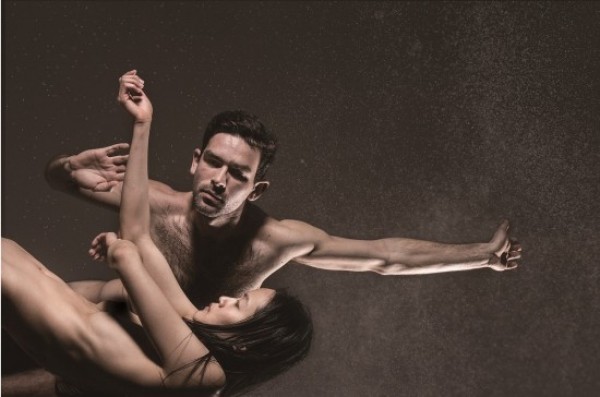 Lee Chen-wei is a Taiwanese dancer who dances with world-renowned companies while creating critically acclaimed works. She had been praised by Israeli choreographer Ohad Naharin as "one of the most charming dancers; fun, sincere, creative, and a quick learner.”

Lee began her dancing journey with Yilan-based Lan Yang Ballet (蘭陽芭蕾舞團) at an early age, and went on to major in dance at Taipei National University of the Arts. In 2009, she became the recipient of the Lo Man-Fei Dance Fund, which allowed her to travel to Sweden for an audition.

Lee's performance in the audition caught the attention of Naharin, artistic director of Batsheva Dance Company. He saw her potential and offered her an opportunity to join the ensemble in Israel.

During her time with Batsheva Dance Company, Lee was introduced to different styles through training with dancers from all over the world. Her training included Gaga, the movement language and pedagogydeveloped by Naharin that characterize the dance company.

Through improvisational practices under Naharin's guidance, Lee re-discovered herself and developed movements from her own body to show more of her personality. One year later she was promoted to the main company and performed with the troupe in its first tour to Taiwan.

While performing with the Batsheva, Lee also created her own works, including a collaboration with Norwegian dancer Christopher Flinder titled "Elephant (s).” It was praised by The Jerusalem Post as the most outstanding performance of the year.

In 2014, Lee left the Batsheva to work independently, and created "Black Box” for the New Choreographer Project that invites overseas Taiwanese dancers to return home, create, and perform. The solo work was highly celebrated and applauded by local English-language media as the most exciting and creative work of the year.

In the following year, Lee was invited by GoteborgsOperans Danskompani, the largest of its kind in the Nordic region, to serve as guest dancer and participated in the troupe's production "Noetic+” and "Northern (de) Lights 2016.”
In 2016, Lee collaborated with her friend Vakulya Zoltan, a Hungarian dancer and choreographer, to create "Together Alone (孤單在一起).” The production - which explores trust, communication, and collaboration between individuals through adjusting and improvising based on each other's body movement - was nominated for the 15th Taishin Arts Award.

This year, she and Zoltan will bring "Together Alone” to the 2017 Edinburgh Fringe. In this beautiful and vulnerable creation, the two dancers are tasked with never letting go of each other, performing nude, to create an intimate show that explores relationships.