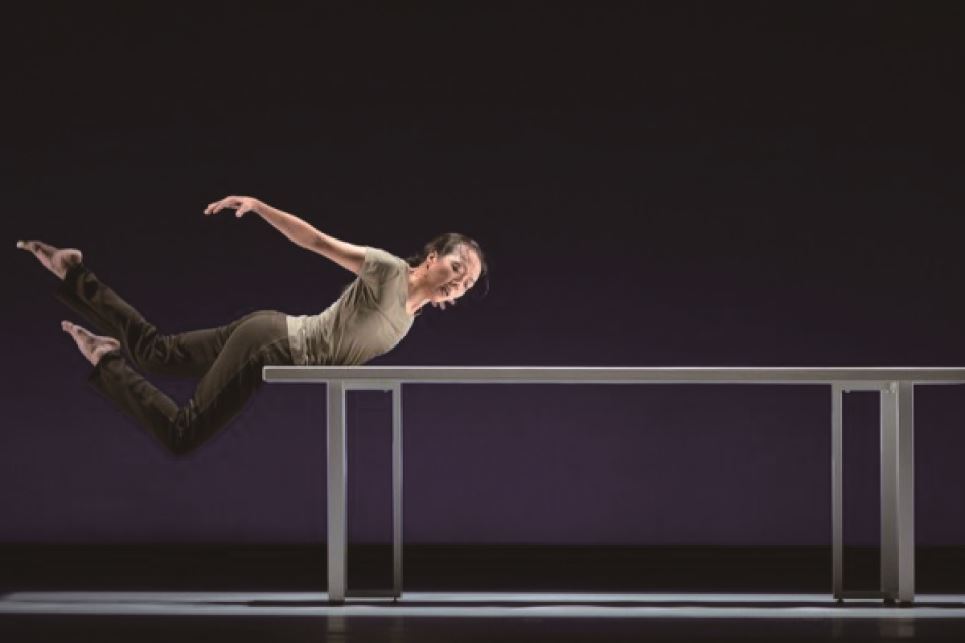 In 1995, Sheu stood out among 200 dancers at an audition held by the Martha Graham Dance Company and became one of the only two dancers who were admitted by the company that year.

Sheu Fang-yi is a Taiwanese dancer and choreographer who had danced with the Martha Graham Dance Company for ten years. As former principal dancer of the company, Sheu was praised as “the finest present-day embodiment of Martha Graham’s technique and tradition” by The New York Times. Sheu has also collaborated with dance companies including Monte/Brown Dance Company and Buglisi/Foreman.

Sheu, who discovered her passion for dance when she was eleven, became determined to become a career dancer since then. After graduating from the Taipei Hwa Kang Arts School, she entered the Taipei National University of the Arts, where her mentor Ross Parkes, former artistic director of Martha Graham, saw her potential and encouraged Sheu to fully immerse herself in dancing.

Upon going to New York, Sheu joined Martha Graham and became the principal dancer at the age of 28. During her time with the company, Sheu became one of the most successful and recognizable faces in the global modern dance scene for her powerful yet elegant techniques.

At the peak of her career, Sheu decided to return to Taiwan in 2006 to try out more possibilities. She founded the LAFA & Artists Dance Company with Paiwan choreographer Bulareyaung Pagarlava to promote local dance education and invite international dancers to perform in collaboration. However, things didn’t go as she expected and the company was forced to close down.

Feeling lost at the age of 40, Sheu returned to New York to reconsider life. After talking to director Ang Lee, who motivated her to keep on dancing, Sheu started to explore things that she hadn’t tried before and rediscovered the power and abilities that her body accumulated over the years through dancing.

Sheu then founded Fang-Yi Sheu & Artists in 2011 and started to choreograph for the first time. While developing new pieces, including “Oneness,” “Just,” and “Way Out,” Sheu also starred in director Hou Hsiao-hsien’s“The Assassin (刺客聶隱娘)” in 2015 and remains active as a dancer in international stage.

Salute,” Sheu’s latest production created in collaboration with notable Taiwanese and international dancers, includes a solo session choreographed and performed by Sheu. The piece tells her life story as a dancer in a nutshell, expressing her struggles and how she learned to communicate with her own body.

To share the importance of being in tune with one’s body, Sheu also established Body Art (身體要快樂), a dance studio offering courses on how to boost happiness and energy through embracing and understanding one’s physical form. “Only your body can tell your story,” she said.