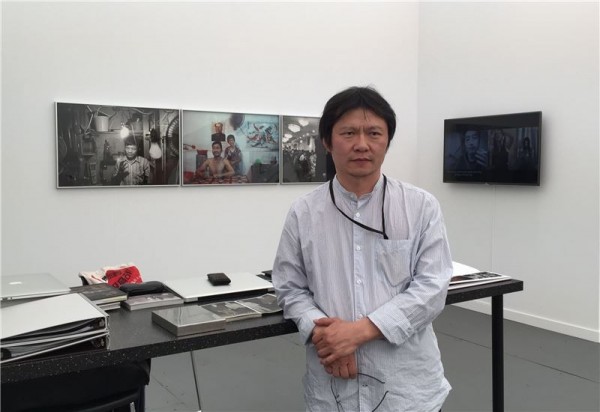 Chang Chien-chi is an internationally acclaimed press photographer whose works have been featured on news articles and magazines worldwide. As the only Taiwanese member in Magnum Photos, Chang’s works mostly focus on society-related issues and humanitarian concerns. Chang’s talent has been recognized by more than 20 prizes, including Pictures of the Year International and World Press Photo, the most prestigious awards in photojournalism.

Chang discovered his interest in photography and started publishing images in a college magazine while pursuing a master’s degree in education at Indiana University in 1984. Upon graduation, he started his career as a press photographer with the Seattle Times, and later worked for Baltimore Sun and National Geographic.

Chang first drew international attention in 1992 with “The Chain (鍊),” a photo series documenting 700 psychiatric patients in the Kaohsiung-based Lung Fa Tang Temple. Due to the lack of knowledge in psychiatric disorders in early Taiwan society, people connected mental illness to the possession of evil spirits and sent patients to temples instead of hospitals for medical treatment.

The series of images captured the lives of patients who were chained in pairs for “therapeutic” purposes. Upon uncovering the situation in the sanctuary through honest portraits of patients, the photos became a global sensation and drove Taiwan society to focus and better understand mental disorders.

In 1992, Chang began documenting the lives of illegal Chinese immigrants in New York through his lens. Titled “Chinatown,” the series was published by National Geographic in five languages in 1998 and was featured in exhibitions in the US and France. He was honored the W. Eugene Smith Award the following year for his astute insights on the human condition.

“Double Happiness (囍),” a series Chang by from 2004 to 2011, explores the alienation and connections in marriage migration between Vietnam and Taiwan. By capturing images of Vietnamese women who were recruited by marriage brokers to be viewed and picked by Taiwanese men for a monetary price, Chang revealed the harsh socioeconomic circumstances of Vietnamese women and the household troubles of Taiwanese men.

From 2007, Chang was commissioned by National Geographic to document the escape of a group of North Korean defectors who made their way to South Korea through China, Laos, and Thailand. The “Escape From North Korea” series offers insights into the dangerous trip and again raised concerns over the lives of North Koreans. The series earned him the AnthropoGraphia Award for human rights.

In a career spanning for more than two decades, Chang noted: “what I have learned is in the whole spectrum of photography, the charm and definition of documentary photography is ever-expanding.” In recent years, Chang has also added sounds and motion graphics to enhance the narrative of his photographic works.