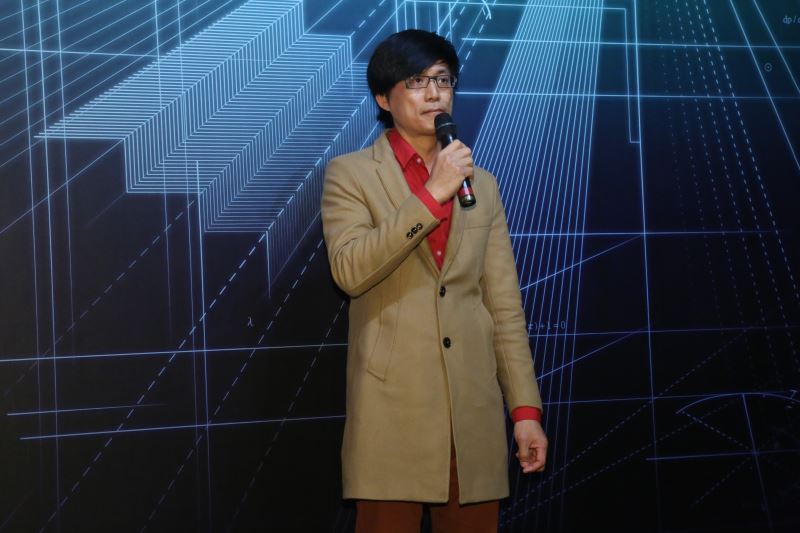 Tao Ya-lun is a visual artist who explores human existence in the era of technology through works that integrate imagery, sound, light and shadows, as well as machinery. His art installations often provoke philosophical enquiries and exploration of consciousness. His VR works "Prado No. 1," "Prado No. 2," and "Prado No. 3" won the New Media Art Installation Award at MADATAC 2018, Spain's leading new media festival.

Raised by a mother who likes to paint, Tao developed an interest in the arts from an early age. He was especially fond of dismantling gadgets and creating new toys from the pieces. After graduating from Fu-Hsin Arts and Trade School, he went on to study fine arts at the National Taiwan Normal University.

Tao aspired to create large installations after a trip to New York. He attended Tainan National University of the Arts to study plastic arts, and then studied in New York and Los Angeles on scholarship. The overseas experiences changed Tao's perspective and motivated him to create dialogue with different cultures through art.

Tao's works started to gain attention after he was lauded by the 1997 Taipei Arts Awards held by the Taipei Fine Arts Museum. Since then, Tao has held exhibitions in Taiwan, Europe, North America, and China. His artworks have also been collected by several museums and private institutions.

"Disappearance of Subject (消失的主體)," for example, explores the role of light in civilization and how it influences humanity. Under the relational framework between light and mankind, Tao discusses the human mind and the world as a whole through a five-piece art installation set.

His 2016 solo exhibition – “Time Panorama (時間全景)” – then blurred the boundaries between fantasy and reality by recomposing images generated by his subconscious mind. Incorporating virtual reality and the elusive concept of time, Tao sought to provoke discourse over light, shadows, virtual reality, and the idea of reality itself.

Tao also teaches art. He taught new media art at the Taipei National University of the Arts, and then began serving as a professor at the College of Communication of the National Chengchi University in 2014. He noted that as the cultural and creative sectors are becoming an increasingly popular and important movement, he hopes to assist Taiwan in bringing art into people’s everyday lives.