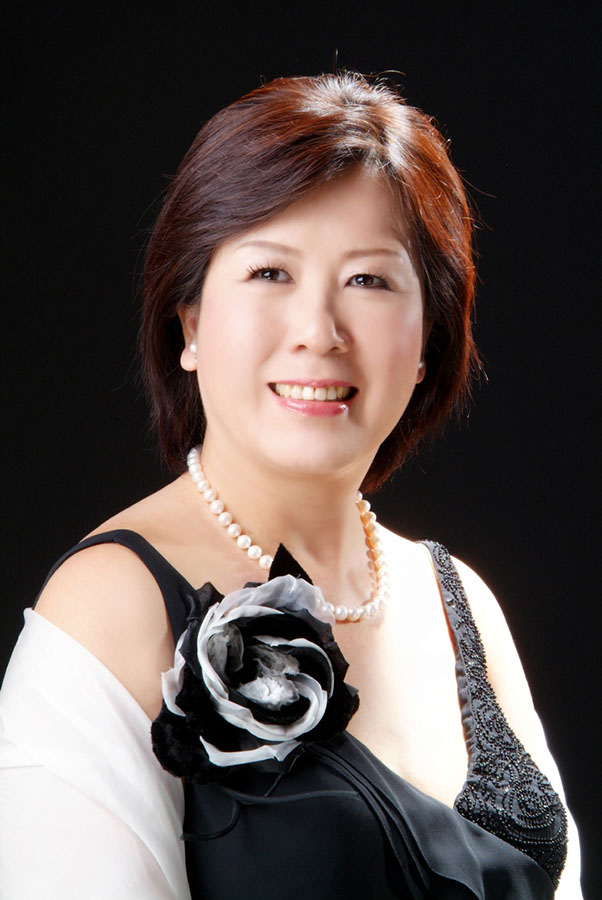 Chu Tai-li is an Italy-based soprano and music educator. Her stellar resume encompasses a number of vocal music competition awards and several years spent as a professional vocalist for Italian operas and concert halls. Through her music education work and lectures, Chu has had a profound influence, teaching a number of young singers and vocal music teachers from Taiwan and all around the world.

Born in Taipei in 1953 to composer Zhu Yong-zhen (朱永鎮) and vocal musician Yang Hai-yin (楊海音), Chu has resided in Italy for many years, inheriting the legacy of a number of renowned Italian vocal musicians. In 1980, she graduated with a diploma d'onore from Academia Chigiana, a high honor the school has long bestowed on only one in one hundred students.

Even in her youth, Chu was already a frequent winner of international vocal music competitions, including first prize in the "Don Pasquale" Toti dal Monte in Treviso in 1979, and in the "Il Matrimonio Segreto" competition held by the Teatro Regio di Torino the following year. Italian President Sandro Pertini happened to be at the theater for one of these performances, and between that and the rave reviews that came in from Italy's biggest music critics, Chu was able to smoothly embark on her journey into the world of professional vocal music in Europe.

In addition to frequent international performances, Chu also often returns to Taiwan to work with the Taipei Symphony Orchestra and the National Symphony Orchestra, bringing her fabulous performances to the Taiwanese stage. Today, she has former students in all corners of the world, with hundreds who have gone on to successful professional singing careers themselves after undergoing training with her. Chu is often invited to speak on vocal music education and vocal projection throughout Europe and Asia, and she has led a number of vocal music master classes.

A number of vocal music associations, educational groups, and music institutions have honored Chu for her outstanding contributions to vocal music and education, including the National Culture and Arts Foundation's National Awards of Art in 1987, one of the highest recognition for outstanding artists in Taiwan.

On Oct. 18, 2013, a farewell solo recital was put on at the National Concert Hall in Taipei, which was met with rapturous applause. Despite having stepped back from the spotlight, Chu continues to be a frequent feature in the theatrical world, passing on her art and wisdom and inspiring countless singers in the younger generations.