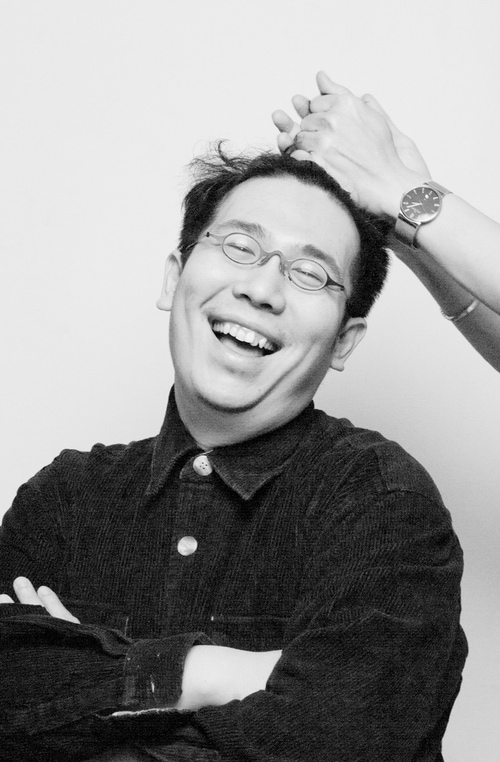 Taiwan artist Yu Cheng-ta's works primarily deal with the transformation and activity of the human body, as well as with questions of identity in a world full of imagery and media. Using his own body as a medium for his works and exploring how relationships are influenced by media structures, Yu was chosen to represent Taiwan at the 50th Venice Biennale.

Yu holds a BA and an MFA from the Taipei National University of the Arts. His style is characterized by his use of the "mockumentary" form and improvised content, which he uses to establish relationships with participants and members of the audience. These works often engage in game-like mediation in the linguistic communications between subjects and audiences, creating a sort of "living theater" through the deliberate usage of real-life settings.

In 2018, Yu partnered with fashion magazine Elle Taiwan to combine art and fashion by taking street shots of migrant laborers across Taipei — including at Jinwanwan Building, Little Indonesia, Taipei Main Station, and Taipei City Mall. Creating beautiful works of powerful visual impact, Yu hopes to accentuate the existing image and personality of the subjects and bring out their self-images through fashion items and photographic poses that they choose. In addition to presenting images of equality and positivity, these shots also give viewers a chance to see more cross-cultural facets of fashion.

2018 also saw Yu present "Watermelon Love" at the Centre Pompidou'﻿s Prospectif Cinema in Paris. "Watermelon Love" is a 10-minute video that saw Yu work with Singaporean artist Ming Wong on an exploration of the multi-faceted expressions of queer identity. In the video, the two dress up as flamboyant female characters and use elements of popular culture such as rap and dance to create a piece that explores gender identity.

Yu has always had an interest in the inaccuracies and gaps that come about in language through cultural differences. Through constant rehearsals of physical and linguistic performance, he presents audiences with situations analogous to real life, using a witty and humorous approach to highlight the realities faced by today's young artists and foster another level of reflection.