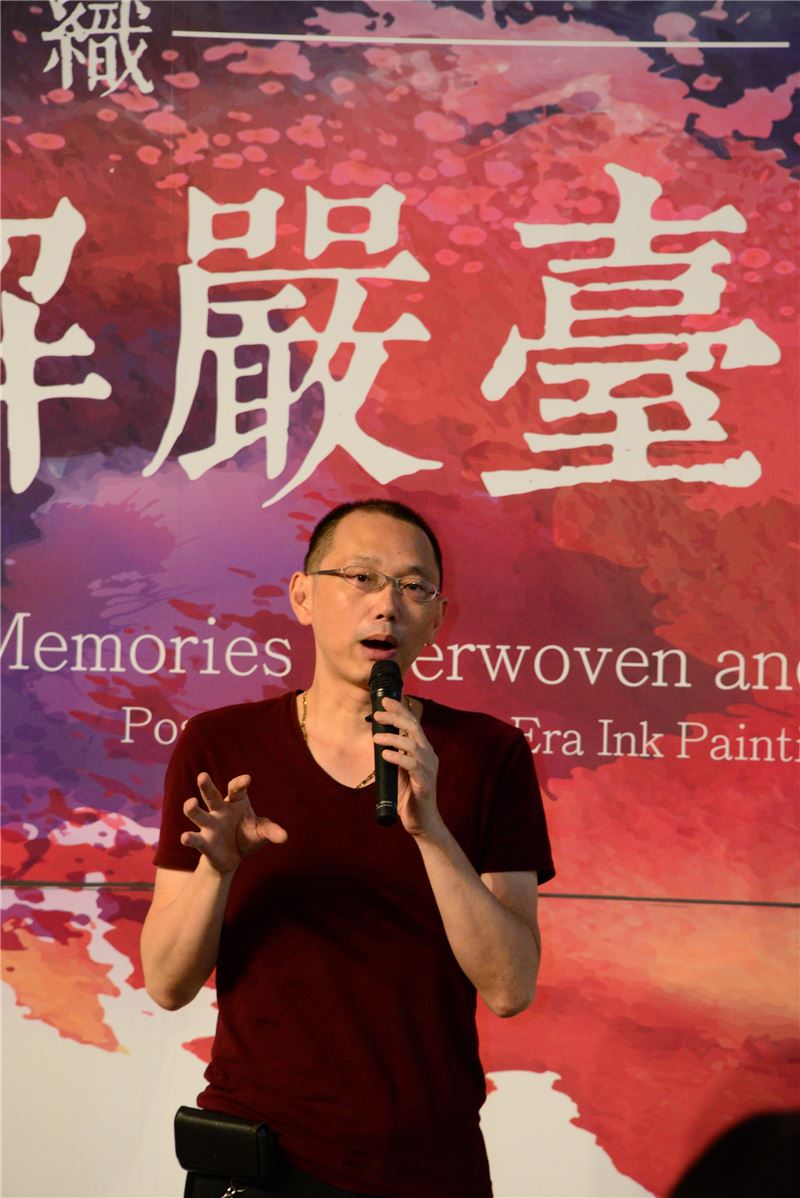 Taiwan artist Yao Jui-chung specializes in photography, installation art, and paintings. The themes of his works are varied, but they primarily all examine the absurdity of the human condition. His pieces have made their way into private collections in Taiwan and abroad, and he has represented Taiwan at over 100 events and joint exhibitions domestically and internationally.

After graduating from Fu-Hsin Arts and Trade School, he began a degree in art theory at the National Institute of the Arts (now Taipei National University of the Arts). In his freshman year, he held an exhibition at the school gallery, and together with friends, he founded the school's Hiking Club. Through this club, he traveled mountains of all sizes across Taiwan, gaining a strong understanding of the geography of the island and a desire to explore its history in depth.

In 1994, Yao began his "Territorial Takeover" series, traveling to places around Taiwan with symbolic importance to history and, at these historic sites, taking photos of himself stark naked and urinating on them, like an animal reclaiming its territory.

This was followed by a three-year project titled "Recover Mainland China," which took on somber political history and themes with a hearty dose of irony and absurdism. After also engaging in theater, cinema, art history education, and art critique and curation, Yao was selected to represent Taiwan at the Venice Biennale in 1997 and was invited for residencies in San Francisco, New York, and London.

More recently, Yao has compiled all the photos of ruins he has taken over the past 15 years, and catalogued them under the themes of industry, religious idols, architecture, and military bases. From the perspective of political geography, it is an exploration of how ruins become ruins and the political struggles behind that process.

In 2010, Yao grouped more than 100 of his students into a team photography workshop called "Lost Society Document" (LSD) to work on a project titled "Mirage — Disused Public Property in Taiwan." He encouraged these students to return to their hometowns and seek out "mosquito houses" — Taiwanese slang for idle or underutilized infrastructure projects — and send their photos to relevant government departments. The resulting publications and exhibitions have attracted substantial social attention to the issue of "mosquito houses."

Yao Jui-chung's works are both provocations and warnings. They are responses to contemporary Taiwanese society that aim to make the nation's history and unique cultural and social aesthetics more visible to members of the Taiwanese public through art.