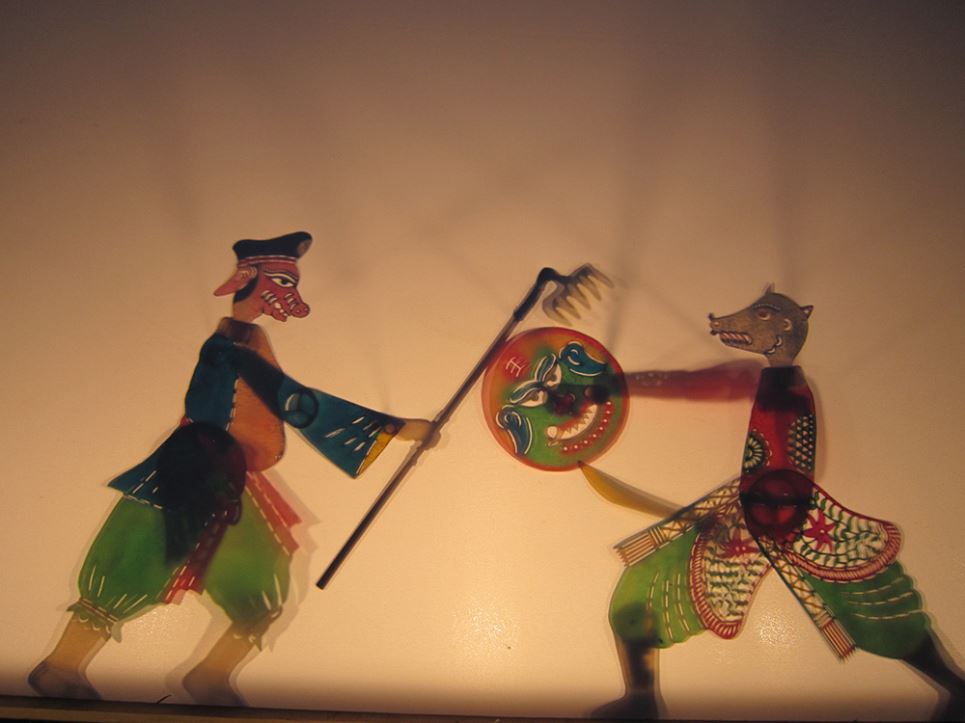 With an emphasis on preserving traditional art forms, the century-old family troupe of Yung Shing Le Shadow Puppet Theatre Company has handed down historic practices and stories through five generations, with each generation infusing a new selection of modern techniques and original tales to keep this art form relevant to contemporary audiences.

Shadow puppets rely on two bamboo poles, but under the skillful hands of the puppeteer, these puppets can take striding steps, flip somersaults, and fight in martial arts.

Such dexterity can be found in Yung Shing Le Shadow Puppet Theatre Troupe's popular "The Five Generals' Conquest of the Western Region: White Crane Pass (五虎平西．白鶴關)," in which the falsely incriminated Di Qing (狄青) brings his five generals to overtake White Crane Pass to save his mother. With the assistance of the troops sent by the Princess Ba-bao of Dan Dan Kingdom (單單國八寶公主), Liu Qing is finally able to overcome the Liao army.

Another classic play by Yung Shing Le that showcases the nimble performance skills of its puppeteers is "Flesh cutting (割股)," where the pious daughter-in-law Meng Ri-hong (孟日紅) makes broth from her own flesh to save her husband's mother from illness and starvation. The practice of filial cannibalism is well-documented in history and was upheld by Confucian values.

Shadow puppetry began to take root in Taiwan during the early Qing dynasty (1644-1911) as mainstays of temple fairs and folk celebrations. Only a handful of troupes like Yung Shing Le are still active today.
Related Pictures
選單切換
關閉視窗
SUBSCRIBE