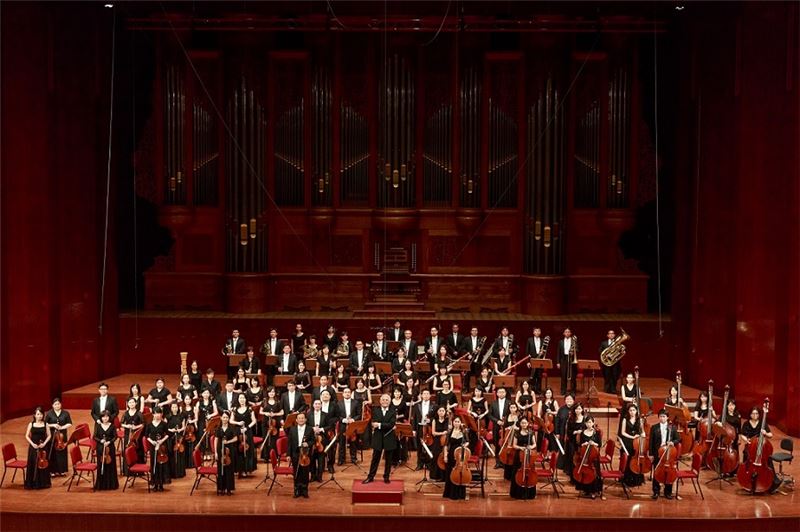 Chinese Name: 台北市立交響樂團
Time of Establishment: 1969
Location: Taipei City, Taiwan
Did You Know…?
The Taipei Symphony Orchestra (TSO) first made a name for itself with its high musical standards. In 1979, they launched the first large-scale music festival in Taiwan, the Taipei Music Festival. Since its establishment, it has become a substantial orchestra of more than 100 members, not only writing a brilliant chapter in the history of music performance in Taiwan but also becoming the only Western orchestra affiliated with the country’s premier city.

The TSO was established in 1969, with over 30 musicians coming together to inject the beautiful sounds of classical music into the then-barren musical environment of Taipei. Since its inception, the TSO has been known for its high quality of music and has invited countless famous musicians to collaborate with it, including sopranos Anna Netrebko and Angela Gheorghiu, violinists Pinchas Zuckerman and Maxim Vengerov, cellists Yo-Yo Ma and Mstislav Rostropovich, conductor Yuri Temirkanov, clarinetist Sabine Meyer, trombonist Christian Lindberg, and composer Tan Dun (譚盾).

In addition to regular concert performances, the orchestra's main work also includes the "Art Education In-Depth" concerts, "Arts Festival in Community" community concerts, campus music engineering projects, and more. The main purpose is to provide the public with a diverse array of performances that showcase the beauty of classical music, enriching hearts and minds while also offering broader music education to school children. Past performances have been well received by citizens, school children, and parents. Additionally, the TSO works to provide domestic musicians with opportunities to perform, spur the development of the music industry, and execute projects to create a deeper musical talent pool, nurturing the Taiwanese music environment and cultivating new stars of the arts over the long term.

In 1979, then-mayor of Taipei Lee Teng-hui instructed Taipei City Hall to organize the Taipei Music Festival to boost the cultural development of Taipei City, thus launching the first such large-scale music festival in Taiwan. The Taipei Music Festival, which runs from late October to early December each year, features artists from all over the world who produce and perform a wide variety of works, including opera, ballet, and symphonic music. In addition to inviting internationally renowned orchestras to Taiwan, it has also established a long tradition of annual opera productions, having performed such classics as "Pagliacci," "La Dame aux Camelias," "Faust," "Carmen," "Turandot," and "La Bohème." It also performs 20th-century contemporary works, such as the 2000 premiere of the internationally acclaimed composer Tan Dun’s multimedia opera "The Gate (Orchestral Theatre IV)."

The TSO hasn't been absent from the international stage either, having performed in Austria, the United States, Japan, Russia, France, Spain, Germany, Luxembourg, Singapore, China, and the Philippines, among others. In recent years, the orchestra has taken part in many international festivals and events, including the 2010 Shanghai World Expo; the closing performance of the 2011 Federation for Asian Cultural Promotion Conference; the 2012 La Folle Journée Kanazawa, Toyama, and Tokyo music festivals in Japan; a 2014 tour of Japan; the 2015 Flaneries Musicales de Reims in France; the 2016 Shanghai International Arts Festival; a 2017 US tour; and a 2019 tour of China. In November 2019, the Taipei Symphony Orchestra was invited by Washington Performing Arts (WPA) to perform in Washington, DC, receiving high praise from the Washington Post, which ran a story headlined "Pride and Passion," praising the performance of the TSO as "...striking a warm balance between the radiant strings, majestic brass and glowing winds."