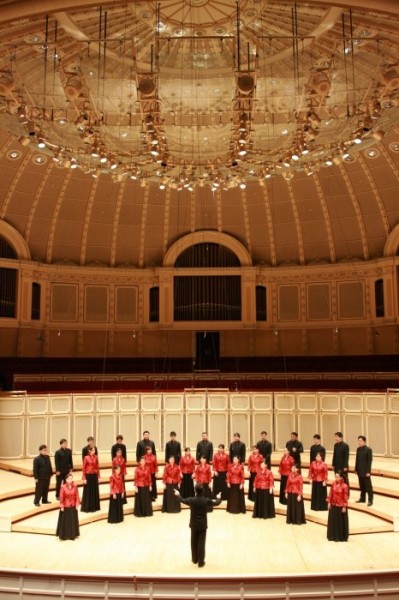 The Taipei Philharmonic Foundation for Culture and Education is closely associated with performances of classical music from both the East and the West. Since its founding in 1988 by a group of musicians and music-loving businesspeople, the Taipei Philharmonic has flourished in various areas and aims to become a comprehensive institution that promotes a wide range of music-related programs.

The Foundation has launched new creations from within Taiwan, such as the Aboriginal Folklore Ensemble, otherwise known as Siddham, and has also imported several pieces to be performed locally, such as "A German Requiem” by Brahms, and the "Yellow River Cantata” composed by early twentieth-century Chinese composer Xian Xing-hai. The Foundation also works to reintroduce these fusion pieces to the international stage.

In order to encourage local Taiwanese composers, the Foundation has maintained a long-term collaboration with professor Chien Nan-chang by cooperating on works such as "The Maiden of Malan,” a grand choral orchestral suite adapted from the music of the aboriginal tribes of Taiwan. To cultivate local talent, the Foundation also sponsors the "Young Stars Series” and the "Youth Musicians Series” and has offered a series of master-level classes and concerts.