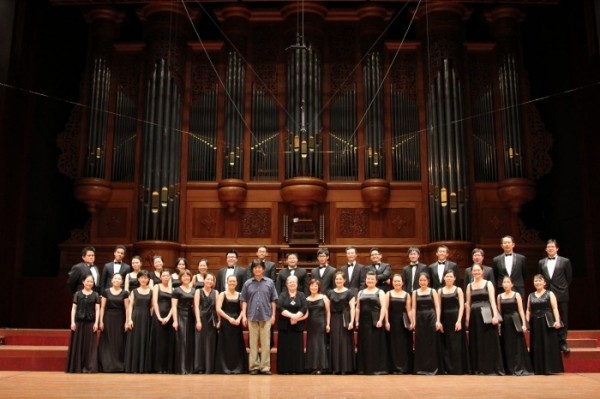 The essence of Taiwan resonates from the choral performances of the Formosa Singers, a diverse singing group founded in 1994 by Julian Ching-chun Su. Su, who received his Master's degree in Choral Conducting at Westminster Choir College, has trained the Singers to carry out a mission to advance harmonic vocal music to unequaled quality and to tirelessly promote the art of choral singing in Taiwan.

The Formosa Singers are dedicated to enhancing the art of the Taiwanese folksong; their repertoire includes works spanning more than a century of Taiwanese music, ranging from the traditional to the modern, each of which they endeavor to infuse with new life and vigor.

Since 2002, the Singers have been supported by the government to promote their excellent performances around the world. They have performed at the Alice Tully Hall of the Lincoln Center in New York, won several medals at the Takarazuka International Chamber Chorus Contest and were invited to attend the 7th World Symposium on Choral Music. They also traveled to Spain for the 40th Tolosa Choral Concert in 2008.

In addition to their performances, they have also held the Formosa Choral Festival, beginning in 2006. Internationally recognized groups have participated in the event, such as the Australian Voices, USC Thornton Chamber Choir from the USA and Brilliant Harmony and Ensemble Evergreen from Japan.

As a principal advocate of choral music in Taiwan, the Formosa Singers perform Taiwanese folksongs in both modern and classical styles; their eclectic selection of works illustrates the broad range of their talent, and their pride in the musical and cultural traditions of their homeland is evident in their unique performance style.