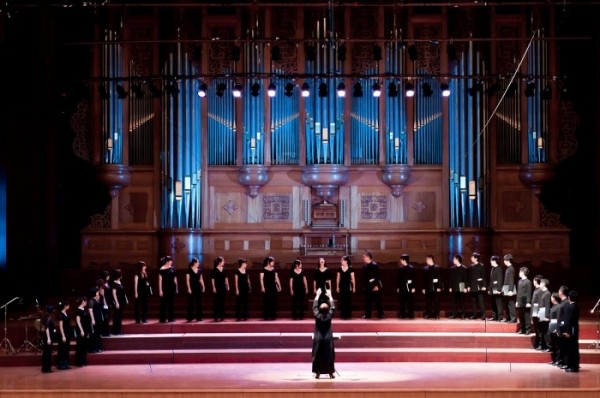 Since their founding in 1992, the Taipei Chamber Singers have won more medals in international contests than any other Taiwanese choral group; they were also the first group in Taiwan to be invited to the ISCM-ACL World Music Days event in Hong Kong in 2007. They then attended the 8th World Symposium on Choral Music Denmark in 2008, and have continued to perform modern choral music worldwide. TCS have been praised for their excellent vocal performances by world-renowned conductors such as Gunther Theuring, Peter Phillips, Yan Liang-kun, Paul Travert, Bob Chilcott and Frieder Bernius.

Under 'Music Unlimited,' TCS have commissioned more than a dozen internationally well-known composers from Taiwan, Malaysia and Hong Kong, such as Lee Tzyy-sheng, Chen Mei-chun, Chen Chiung-yu, Chang Yiu-kKwong, Yim Fuk-wing, Chan Wai-kwong, Chan Wing-wah and Jen Chen-hui, to produce more than thirty pieces of work. Premieres of these works are regularly held in Taipei and subsequently performed on international stages, such as the International Modern Music Festival in Hong Kong and the World Choral Music Forum Festival in Denmark.

Through the publication of collections on these remarkable melodies, TCS has found a way to preserve the best of Asian-styled modern choral music, while conductor Chen continues to dedicate herself to the development of choral music education and the art of choral performance in Taiwan.