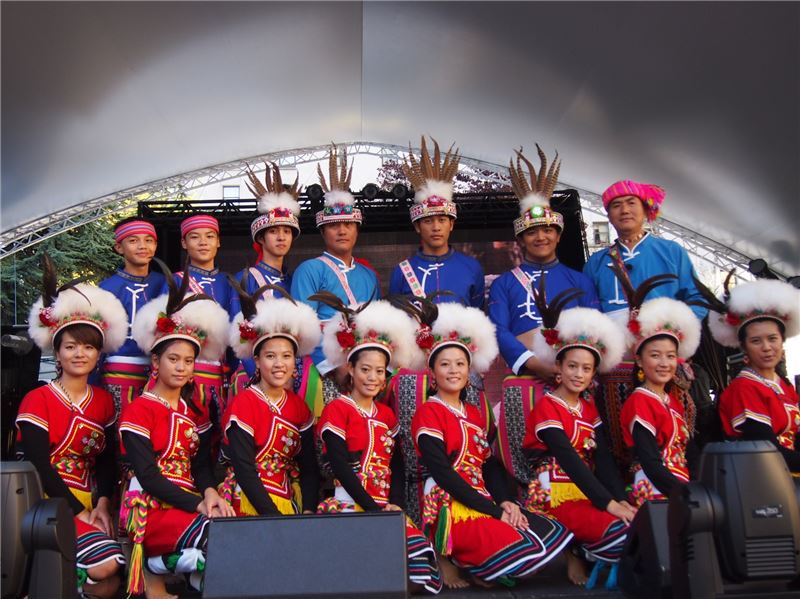 The Amis Kakeng Musical Group is a percussion band that is dedicated to reviving traditional Amis musical instruments and strengthening the connection between music and people. The band also brings back ancient sounds that have disappeared with traditional instruments that they've recreated to raise awareness of Amis traditions and culture.

Before forming the band, Sawtoy Saytay joined the journalist training program of the Public Television Service's Indigenous New Magazine, which required him to carry out field studies on indigenous tribes. Sawtoy then came across a study on musical instruments of the Amis conducted in 1961 by scholar Ling Man-li (凌曼立), and was surprised to learn that the Amis has the richest collection of musical instruments among all indigenous tribes in Taiwan.

In 1997, Sawtoy started visiting Amis tribes to interview elders and tried recreating traditional musical instruments with bamboo or wood. During the process, he gradually found the right timbre for each instrument, and decided to form a band to revitalize traditional instruments.

Originally comprised of only seven members, Amis Kakeng Musical Group has expanded into a band with more than 30 members today. The musical instruments they use include bamboo percussion instruments, nose flute, pan flute, and bamboo flute that are made by themselves.

Without any professional percussion or singing training, Amis Kakeng's performance is based on each member's improvisation and creativity. In 2012, they produced an album titled "Childhood of Ina (Ina的童年)," which covers twelve Amis nursery rhymes composed by Sawtoy. Integrating contemporary music styles with traditional Amis music elements, the album was nominated by the Golden Melody Awards for best original-language album.

Over the past decade, the band has been invited to perform across cities in Taiwan as well as in other countries including Australia, Canada, China, France, Germany, South Korea, the United States, and the United Kingdom, thereby succeeding in actively promoting the beauty of traditional Amis instruments.

In 2014, the band was commissioned by Taiwan's East Coast Scenic Area to manage its Amis Folk Center. Having been stationed at the center since then, the band performs Amis music and dances on a regular basis to introduce indigenous culture to visitors.

Amis Kakeng not only brings back lost Amis music but also gives it new meaning.  To Sawtoy, it's a lifelong mission to trace back Amis music. "An ethnic group that has no written tradition like us, we have to pass on our culture through music," noted Sawtoy.