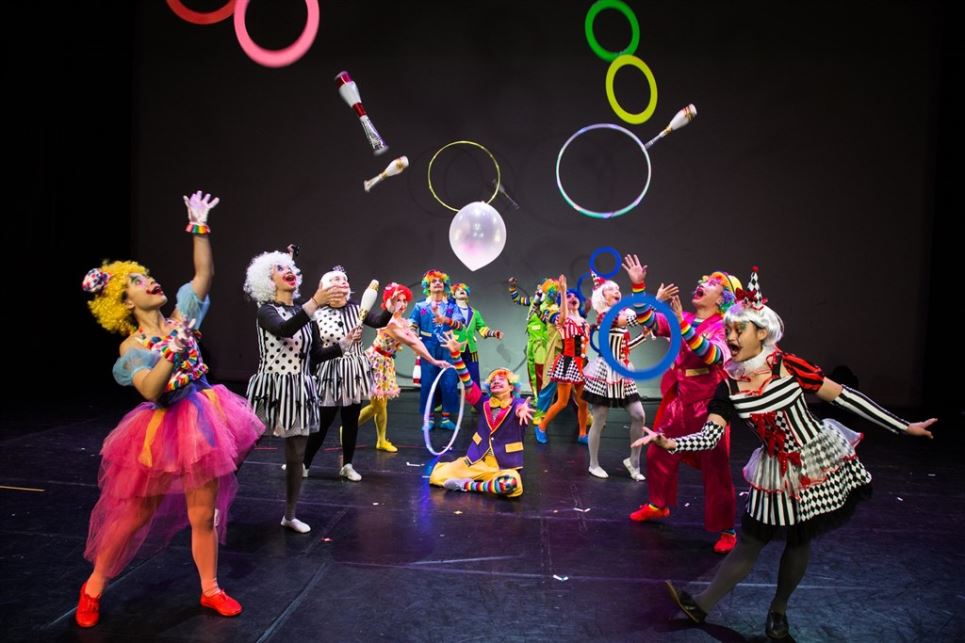 Name: 臺灣特技團
Year of Establishment: 1990
Founder: Li Tang-hua (李棠華)
Did You Know…?
In agrarian societies, the most popular form of entertainment is traditionally acrobatic shows. In the West, these took the form of the circus, but in the East, the focus tended to be less on the animal-focused shows of Western circuses and more on hard-practiced martial arts and acrobatics shows. But whether it was a circus or a stunt show, as far as the audience was concerned, the most important thing was that the show was spectacular. The first director of the Taiwan Acrobatic Troupe, Li Tang-hua, had a repertoire of over 100 traditional acrobatic tricks, and each show, whether at home or abroad, boasted different content which would grasp the audience with fascination. Even in the days with a tremendous variety of entertainment, the sense of presence and participation brought out by the troupe performance is absolutely irreplaceable.

The Taiwan Acrobatic Troupe was founded in 1990 and is currently the only professional acrobatic troupe in Taiwan. The troupe is made up of some 40-plus members, largely drawn from graduates of the Department of Acrobatics and Dance at National Fu Hsing Dramatic Arts Academy and the Chinese Folk Arts Training Center. All of them are professional performers who have undergone intensive training to refine their skills to a high level.

Speaking of high-level skills, Li Tang-hua himself was considered a grandmaster of traditional juggling. In 1945, Li established the Tang-hua Acrobatic Troupe and the Youth Acrobatic Troupe in Shanghai. The troupes were quickly inundated with invitations to perform as their popularity spread far and wide until, in 1949, the Chinese Civil War drove the members across the Taiwan Strait to Taiwan. Once in Taiwan, Li Tang-hua began recruiting young students to start training in acrobatics. His outstanding results saw Li's name soon become synonymous with acrobatics in Taiwan.

However, with the passage of time, those students inevitably aged. Unwilling to sit by and watch this traditional art slide into decline, Li began thinking of new ways to pass it on. In cooperation with the Ministry of Education, he established the Chinese Folklore Skills Training Center, and later, the Ministry also established the National Fu Hsing Dramatic Arts Academy Acrobatics Troupe, which recruited students from the Chinese Folk Arts Training Center under Li Tang-hua as well as graduates of the Academy itself. In 1990, this troupe was renamed the Taiwan Acrobatic Troupe and became an affiliate of the National Taiwan College of Performing Arts.

Holdfasting its founding mission of promoting traditional culture and popularizing acrobatics, over the past three decades, the troupe has continuously discovered innovations from tradition, incorporated Western theatrical elements with the folk performing arts to create something that is both traditional and innovative. Through this, the troupe has injected new spirit into this slowly declining art form. The new production with creative arrangements gives the traditional art troupe a new image, bringing to audiences exquisite masterpieces both traditional and innovative, with a charming "Oriental avant-garde" aesthetic.

The Taiwan Acrobatic Troupe has put on many highly acclaimed productions that combine theater, dance, acrobatics, and magic. The productions, such as "The Mysterious World of the Orient" and "The Rhythm of Chinese Acrobatics," which maintain a traditional Chinese flavor, have been particularly well received.

While the troupe is formally affiliated with the National Taiwan College of Performing Arts, it operates independently, allowing graduates from the school to participate in stage performances other than the shows of the Taiwan Acrobatic Troupe, and giving commercial performances as well as working with agencies like the Overseas Community Affairs Council to make overseas performance tours.

Many programs designed and coached by Li Tang-hua have been frequent inclusions in the Taiwan Acrobatic Troupe's performances. The most praised of these are the "chair show" and the "dawushu."

The "chair show" includes the "chair handstand" and the "chair stack," with the former involving various moves atop a straight vertical stack of chairs and the latter a show of balance by several performers stacking chairs out at a diagonal. Both are tremendous, high-difficulty feats of balance. Every time when the "chair show" was put on, particularly the chair handstand, the audience would break into cheers and applause.

The "dawushu" routines involve a set of moves where people stack and maneuver themselves into various shapes like the "archway," "dragon head," and the "pyramid." These vary according to the size of the venue and the number of people participating. Because the formations are so variable and spectacular, they are often performed on occasions that require a big show, providing for a grand finale.

As contemporary circus becomes part of the mainstream of modern performing arts, in addition to continuing to perform in line with the traditions of folk arts, the Taiwan Acrobatic Troupe has continued to experiment and innovate, exploring the myriad possibilities of the art and finding a way to balance the classical with the contemporary. Through this, they have created a new performing arts paradigm with a high level of aesthetic value, and will hopefully become the Taiwanese spark that ignites a renaissance in Eastern acrobatic arts.