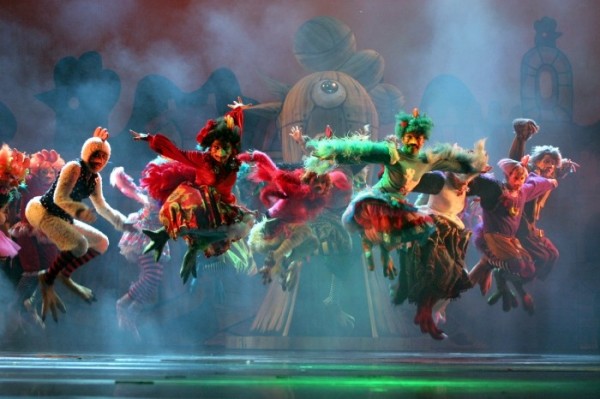 Paper Windmill is a Taiwanese group that produces shows for children. Their productions take on various forms, spanning stage plays, musicals, mime shows, puppetry, and black light theater. For over 2 decades, the group has brought happiness to children across Taiwan with their lively performances.

In 1992, theater director Lee Yung-feng founded the Paper Windmill Theatre with several notable film and television professionals in Taiwan — Ko I-chen (柯一正), Hsu Li-kong (徐立功), Lo Pei-an (羅北安), and Wu Ching-chi (吳靜吉). Their collective vision was to fulfill a dream of doing something for Taiwan in terms of theater and children.

The group serves to educate and entertain children, providing them with an imaginary world through music, dance, literature, and stage design. They have produced numerous performing art pieces, including two significant series that are performed annually. Since 1997 and 1998, the series titled "Chinese Zodiac Signs” and "Witch” have offered children of Taiwan a brand new experience every year that is unique from television and cinema.

"First Mile, Kid's Smile,” an art project inaugurated in 2006, was intended to bring live performances to children in rural townships. Without any grants from the government, they started an independent fundraising program to support the project, receiving over NT$350,000 that enabled the group to visit 319 towns across Taiwan in five years.

The project attracted roughly 30,000 individuals to donate money in the hope to give the children in their own town a chance to see the performance for free. In 2013, they launched a second project centered on the same idea, aiming to allow more children from all over Taiwan to engage in theater arts.

Their latest work — "The Clairaudient's New Censer (順風耳的新香爐)” — is an adaptation of an eponymous story by the late Taiwanese children's literature writer Lee Tong (李潼). The work is part of their recent series on creating "new Taiwanese fairy tales” to help children understand the culture of Taiwan.

By bringing the age-old mythology on stage, the group hopes to lead their young audiences to experience love and courage through the journey of Clairaudient (順風耳), a prominent guardian general of the Sea Goddess Mazu (媽祖).