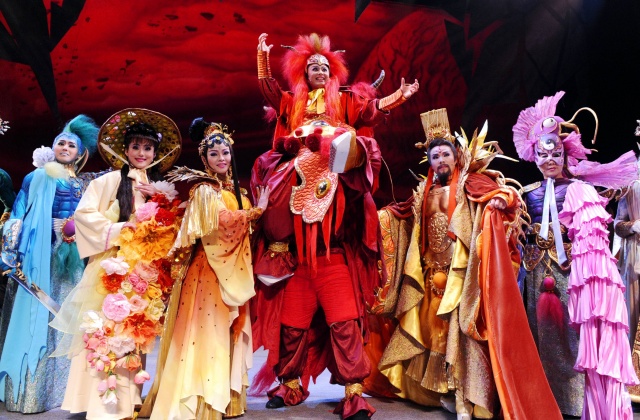 Established in 1929 by Chen Ming-chi (陳明吉), Ming Hwa Yuan is the leading troupe in the performance genre of Taiwanese opera (Kua á hí, 歌仔戲), a locally developed style of drama in Taiwan. After Chen's death, the troupe continued as a family-owned opera presided by Chen's son Chen Sheng-fu (陳勝福). The 8 sub-groups of Ming Hwa Yuan are led by the late Chen's other children.

During the Japanese rule of Taiwan, Taiwanese opera was banned and only Ming Hwa Yuan and a few groups were allowed to perform. Later in the 1960s under Kuomintang's rule, the troupe had to move from indoor theaters to outdoor stages due to government policy restricting the practice of folk culture. Though Taiwanese opera fell into an overall decline, Ming Hwa Yuan thrived by developing itself into a modernized group while keeping its traditional elements.

In 1983, Ming Hwa Yuan made national headlines by performing the highly acclaimed "Father and Son (父子情深)” and "Ji Gong, the Living Buddha (濟公活佛)” at the National Dr. Sun Yat-sen Memorial Hall, bringing the troupe back from the open to inside the theater.

Having survived the rise and fall of Taiwanese opera, Ming Hwa Yuan brings the genre to another level by integrating traditional elements into the modern scene. They intertwine Taiwanese opera with contemporary visual design and sound effects to dramatize their performances, offering grander sound and visual presentation, and making their storylines more understandable through colloquial dialogue.