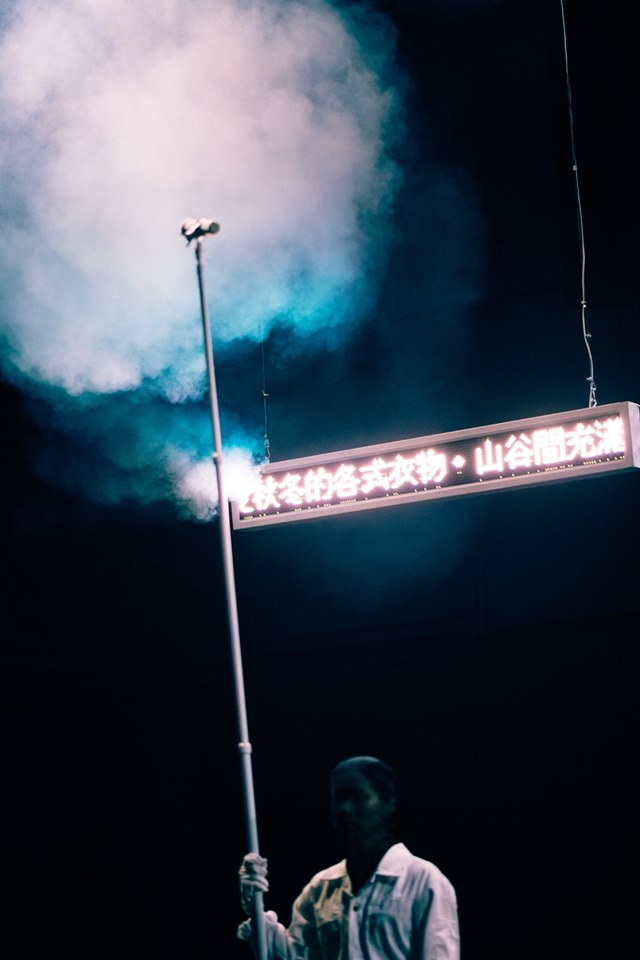 In the Taiwanese language, the word "Dua (大)" means "large" while the phrase "Shin Te (身體)" means "body." The new name was chosen to symbolize the company members' hopes of building a collective body by putting together a host of individual elements. Starting with imagination and followed by rational approaches, Dua Shin Te hopes to identify the human body's motivations, tactile qualities, and dynamics.

Liu Yen-cheng (劉彥成) is the company's founder and artistic director. He has been awarded stipends from the Cloud Gate Dance Theatre Foundation and Lo Man-fei Dance Fund for his creative and experimental programs. He has also won a special choreographic prize from the 2nd Beijing International Ballet and Choreography Competition.

Dua Shin Te has produced works including "Tschüss!! Bunny (再見吧！！兔子)," "White Flags (白色旗幟)," "Monster (怪獸)," and "The Highest Place － We Are All The Same (最高的地方－大家都同款)."

Since 2013, the company has been invited to perform "Tschüss!! Bunny" in Europe, the United States, and the Asia Pacific region several times. Also, it was invited to participate in the Internationale Tanzmesse NRW of Düsseldorf, Germany in 2016.

Through these performances abroad, the company has introduced artistic creations and performances from Taiwan to an increasing number of foreign audiences while expanding the horizons of its troupe members.

The work "Tschüss!! Bunny" is performed by a male dancer and a female dancer on a strip of soft green turf. They play, fight, roll around, and live on the turf, while taking their clothes off one piece after another, until there's nothing left to hold them back from a new life of freedom. The performance depicts an important attitude towards the circle of life, with special regards to farewell and rebirth.

"Tschüss!!" is a German word meaning "farewell." But the German word is pronounced in a way that sounds like "Go to hell! (去死吧你)" in Mandarin Chinese. The monophonic pun inspired Dua Shin Te choreographers to develop a play that puts their interpretations of death and farewell together.

Dua Shin Te has been selected to perform its latest production "Monster" during the Taiwan Season program at Edinburgh Festival Fringe in August this year. The fringe festival is the world's oldest and largest of its kind, inspiring over 200 similar festivals to take place worldwide.

Last year, Taiwan's performance troupes were well-received at the Edinburgh festival, in terms of both box office sales and positive media comments, leaving senior art critics and mainstream viewers with remarkable impressions of Taiwan's performing arts skills. This year, Dua Shin Te and other selected Taiwanese teams are expected to further impress the world's art community with their creative works.