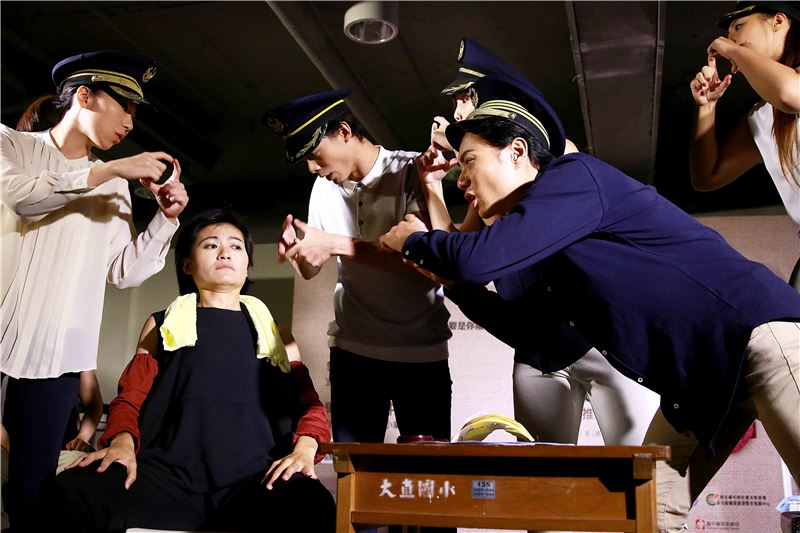 Shinehouse Theatre was found in 2006 by a group of young professionals who love theater performances, with Zeke Lee (李孟融) working as the executive director and Chung Po-yuan (鍾伯淵) as the director.

Although the troupe is composed of professional performers, it usually works with writers and creators from other sectors to produce plays and performances, a practice which the troupe believes can source more inspirational materials to enrich its productions. Furthermore, Shinehouse regards the combination of its professionalism with imaginative creativity as a dynamic movement that can reinvigorate Taiwan's experimental theater scene.

Another unique troupe feature is that it recruits members once a year and provide them with a full year's worth of training. The intensive training aims to build up their performance ability and creativity so that Shinehouse can steadily grow as a vibrant professional theater of Taipei.

In addition, Shinehouse follows Le Théâtre du Soleil of France as its model. Thus, all members are required to live under the same roof and undergo rigorous training courses to enhance their physical strength, mental dedication, and willpower to relentlessly transcend themselves and bring genuine emotions to the stage. All members are involved in the troupe’s performances as well.

Since its establishment, the troupe has produced a multitude of creations and staged over 100 performances at global events including the Taipei Arts Festival, Shanghai International Contemporary Theatre Festival, Bangkok Theatre Festival, and Festival/Tokyo.

In August 2019, Shinehouse will perform its "Fish (魚)" at Edinburgh Festival Fringe, the world's largest and oldest arts event held in celebration of dance, opera, music, and drama performances from across the world. It featured more than 55,000 performances of 3,548 different shows in 317 venues last year.